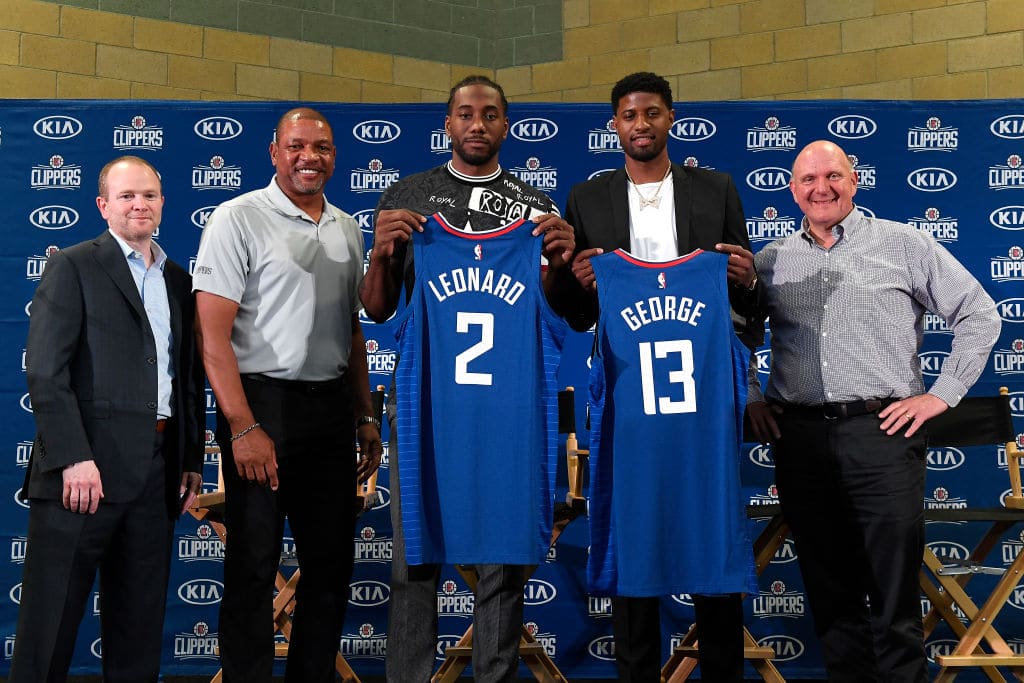 The LA Clippers knew OKC “wanted to break their team up” this summer, according to head coach Doc Rivers.

Rivers says the Clips, armed with that intel, were hell-bent on acquiring Paul George from the Thunder to pair him with Kawhi Leonard in the ultimate free agent coup.

Rivers adds that Leonard added to the Clips’ sense of urgency by telling team owner Steve Ballmer that his squad “was not good enough” for him to seriously consider joining.

“We had a meeting with Kawhi at my house in Malibu and we felt we had the inside position,” Rivers said. “The Lakers had a meeting with Kawhi and they built this whole thing up for him to come to their new practice facility and he said, ‘No, you can come to my hotel room.’ But with us he said, ‘Yes, I’ll come to your house.’ When we heard that it felt like he was telling us he wants to come here.”

That first meeting at Rivers’ home was their first conversation.

“He said, ‘I want to play for you,’ and he pointed at me. He said, ‘Mr. Ballmer, I love the things you do and what you stand for, but your team is not good enough and if you don’t change your team, I’m not coming.’ ”

Leonard wanted to be a Clipper but wouldn’t make the jump unless the team was able to get him a running mate to make them championship contenders.

“We actually had a list of guys, which was a mistake, but we got lucky,” Rivers said. “We shouldn’t have had a list, because then he got to choose who he wanted to play with and the assumption was that we could get them. We didn’t know if we could get anybody. We just showed him guys that we thought would match him and when he saw Paul George’s name he said, ‘I want to play with him.’

“We showed him everybody else and he didn’t want to hear it. He just stayed on Paul George, so after the meeting we sat down and I said, ‘We got to get Paul George. I don’t know how we are going to do it, but we have to do it.’ We did know that Oklahoma City wanted to break their team up, so that helped, but we didn’t know if we could get him.”

Related Doc Rivers: Kawhi Leonard the ‘Most Like Jordan That We’ve Seen’