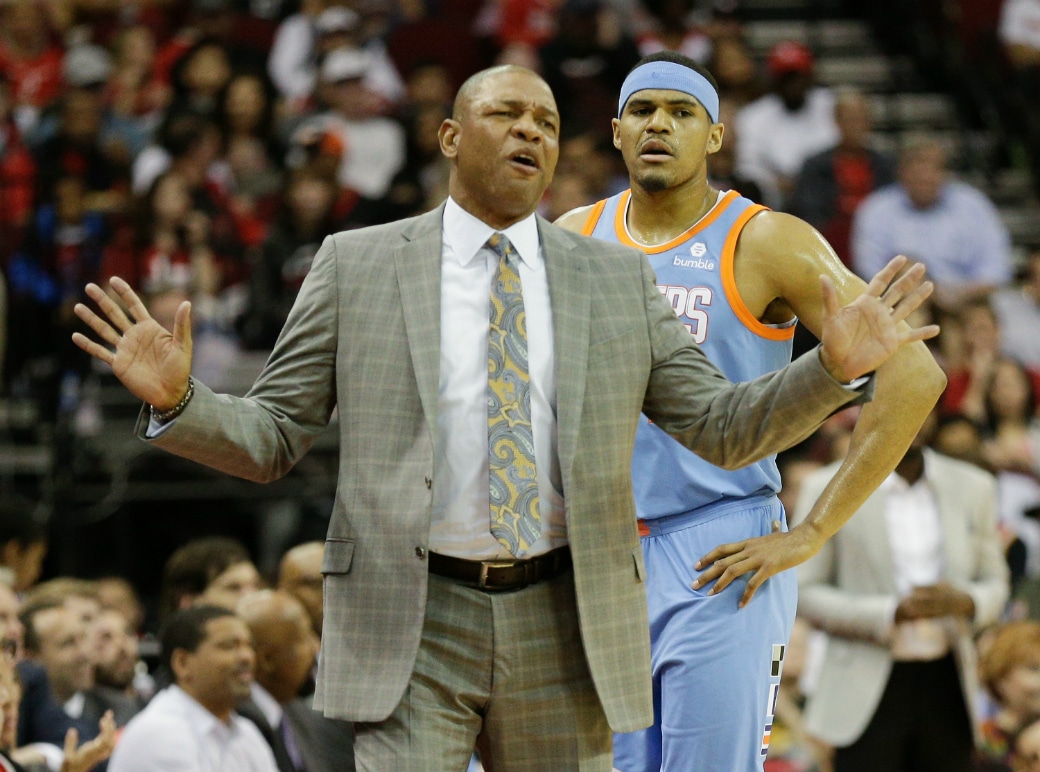 Clippers head coach Doc Rivers has been fined $15,000 by the NBA for criticizing officials:

Doc Rivers fined $15K by the NBA for criticism of officials following Thursday’s game with Houston, per league.

After the Clippers fell 96-101 to the Rockets on Thursday, Rivers called the officiating “a complete joke,” complaining that Houston shot 15 more free throws than his team.

Doc did not seem surprised or bothered by the fine, per Royce Young of ESPN:

Doc Rivers on his $15,000 fine for criticizing officiating: “I didn’t mind. I thought what was said needed to be said.”