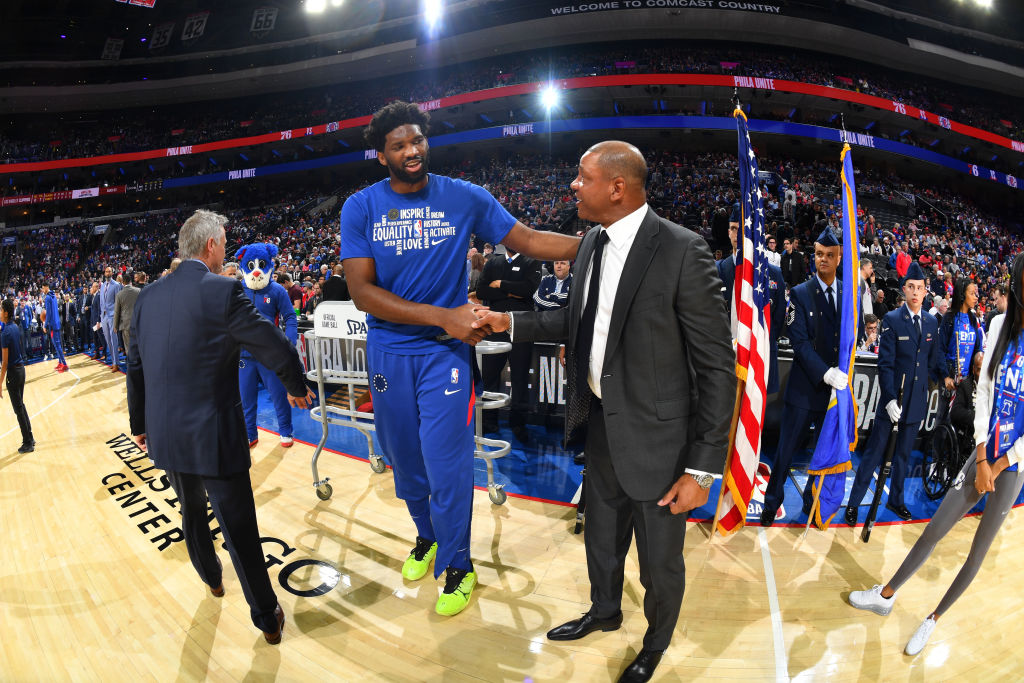 After seven seasons with the Los Angeles Clippers, Doc Rivers and the team recently decided to mutually part ways, even with two years left on his contract. This was fairly surprising, even after the disappointing season the Clippers had in 2019-20.

As a farewell to the Clippers organization, Rivers gave his final thoughts.

“While I was able to accomplish most of my goals, I won’t be able to see them all through. Though it was a disappointing ending to our season, you are right there and I know what this team is capable of accomplishing with your support…Thank you to all the players, coaches, and staff for helping us get here. Most importantly, thank you to the fans. We went through a lot, and I am grateful for my time here.”

It didn’t take long for Rivers to get picked up by another team, as the Philadelphia 76ers were able to agree to terms with him just three days later. According to Adrian Wojnarowski of ESPN, Rivers connected quickly with Sixers GM Elton Brand on Monday and met with team ownership in meetings on Wednesday in efforts to work towards this deal.

It was later reported that the contract agreed upon would be a five-year deal. He will have the opportunity to immediately step in with a team who is a title contender behind Joel Embiid and Ben Simmons.

In fact, Embiid went straight to Twitter to express his satisfaction with the hire made by his team and welcome his new coach to Philadelphia.

During Rivers’ time with the Clippers, they went 356-208, which is good for the fifth-best record in the NBA during the regular season in that span. This is a huge step in the right direction for Philadephia who will look to finally get over the hump and meet the expectations that a team with their level of talent has.

Wojnarowski also reported that Alvin Gentry is a serious possibility to join the 76ers as an assistant on his new staff, which already shows the value that Rivers brings to the table.