Davis — suffering through the least-productive season of his career since he was a rookie — has faced criticism from fans, media, and even his own head coach about his lack of conditioning coming into this season, and now, he’s hearing it loud and clear from a certain courtside seat.

Sterling has expressed his displeasure about Davis’ play by taunting him from his courtside seat at Clippers’ home games, several sources told Yahoo! Sports. Among Sterling’s verbal barbs: – “Why are you in the game?” – “Why did you take that shot?” – “You’re out of shape!”

While Sterling has also taunted other Clippers players since the middle of last season, none have received it worse than Davis, the sources said. Davis has missed 14 of the team’s 25 games this season and is averaging 7.4 points while making a team-high $13 million. Including this season, Davis has three years and nearly $42 million left on his contract.

When asked about the heckling, all Donald Sterling could say, more or less, was that he’s happy when the Clippers score, and sad when they don’t. He’s the best.

Playing for LA’s “other team” is a generally miserable experience. But, somehow, and seemingly without any repercussions, their owner finds a way to make it significantly worse year in and year out. 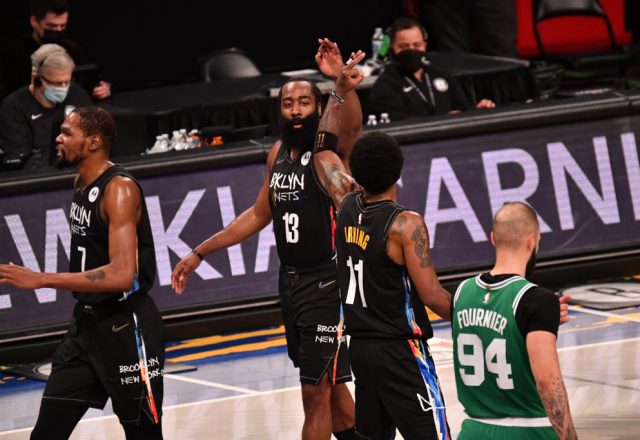