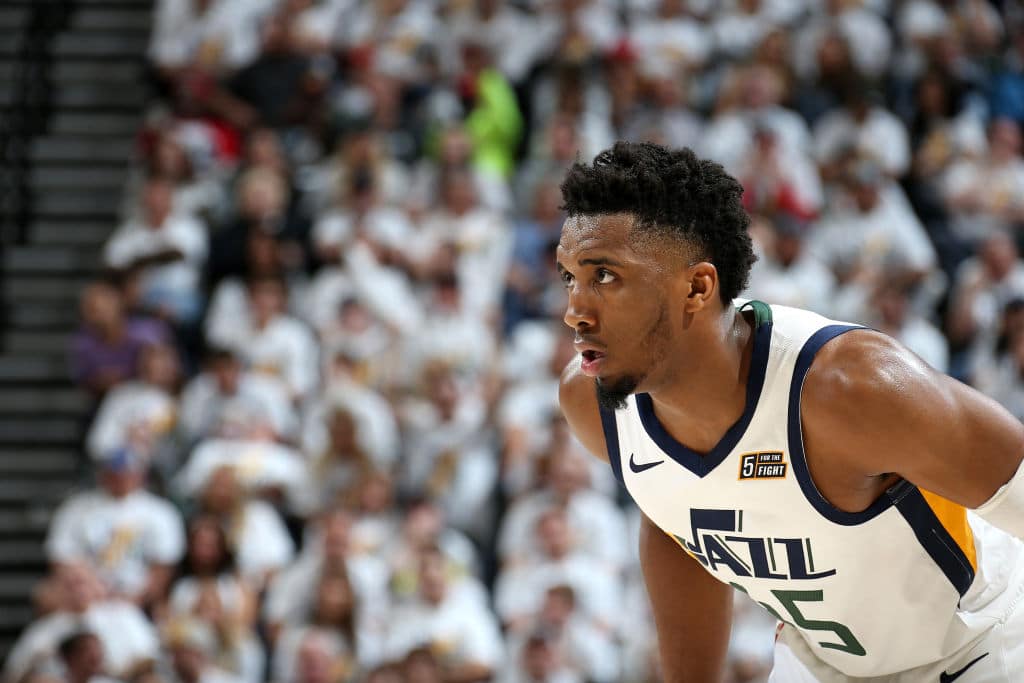 Donovan Mitchell argues that playing in a big market isn’t a requirement to win an NBA championship.

“I think it’s kind of overrated at times,” Mitchell says.

Mitchell adds that the Utah Jazz need to fix “one or two things” but have the pieces to contend.

You’ve been a part of the young core they have with you and Rudy Gobert. When you look at the core you guys have and you see teams like Houston have a core and they may shake things up, do you feel like at a certain point you guys want to try to get to that next level or feel extra pressure because the same thing can happen in Utah?

Mitchell: “Yeah. Most definitely. I think you look at how we played in last year’s playoffs and this year’s playoffs for maybe two or three games we didn’t shoot the ball well. We generated a lot of open shots. If we make the playoffs and make that next push, whether it’s getting another piece or it’s the same team, we can continue to make that push and put pressure on a lot of teams. It was unfortunate we had five games of bad shooting. That happens. It just happened at the wrong time. I don’t think we’re out here just trying to flip the script and bring everybody new. I think it’s just fixing one or two things and then going from there.”

Everybody wants to win a title one day. Do you think there is a path to that in Utah considering the market and how it compares to bigger markets?

Mitchell: “I don’t think you have to have a big market to win a championship. I think it’s all about what your team brings. You look at Milwaukee. They’re not a big market per se. Oklahoma City competed for many years and is still competing. Portland is the same way. I don’t think you really need a big market in order to be competitive. To be honest, I think it’s kind of overrated at times. I think the things that are precious to small market teams I think that’s what’s special and creates that culture, especially that we have in the locker room. Like I said, it takes one or two more pieces to get there. I think that’ll be a big thing for us going on in the future, but we’re not settling on just making the playoffs now. Obviously, last year (2017-18 season) we didn’t expect to be in that spot losing Gordon (Hayward) and changing everything around and what I did. It really changed everything, so now, we have a different expectation of what we want to do, but I don’t think you have to leave to get that.”