Donovan Mitchell: ‘The Biggest Thing is to Elevate My Defense’ 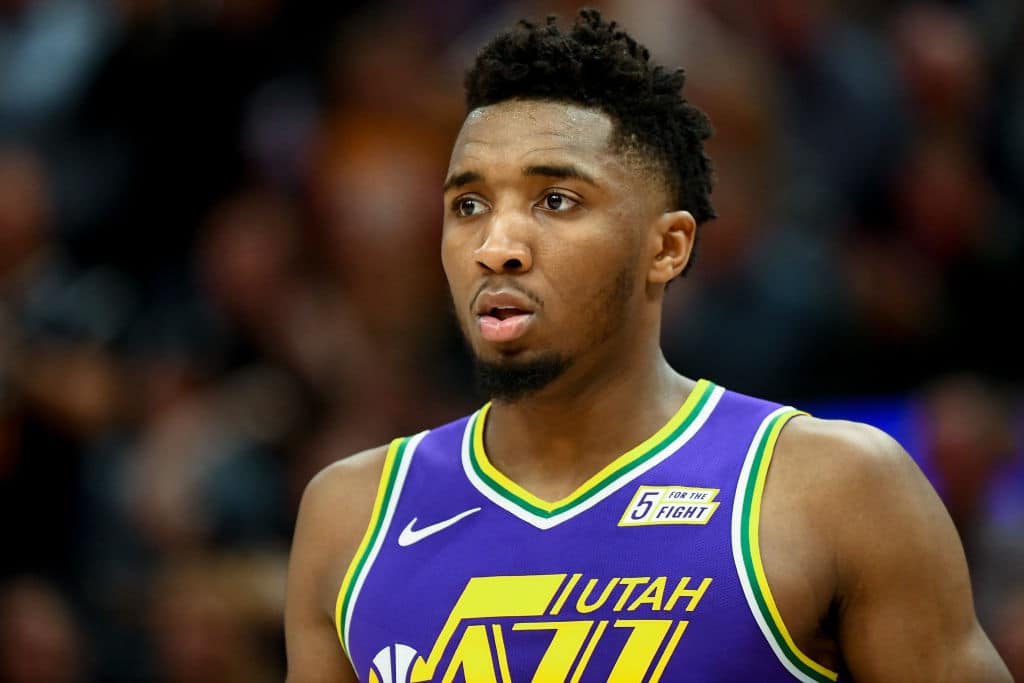 Utah Jazz guard Donovan Mitchell has spent the offseason focusing on the defensive side of the ball.

“The biggest thing is just to get back to my roots,” says the 22-year-old, who adds that defense is what got him drafted into the NBA.

“For me, the biggest thing is just to get back to my roots. The biggest thing is to elevate my defense, to get back to what got me drafted,” Mitchell told The Salt Lake Tribune after defeating Canada in the USA’s final pre-World Cup exhibition game. “I think that’s one thing I’ve prided myself on, and I think (USA head coach Gregg Popovich) has really put that in my head as well.”

Mitchell says that’s “something I want to really take on” in the Jazz’s upcoming season.

“Whether it’s vocally, off the floor in the hotel room with the guys, or on the floor, I’m just trying to find ways to become a leader,” Mitchell said. “Being a captain of the team, it allows me to try to improve my leadership skills. It’s a big year coming up, and I think those will be really evident in this upcoming year.”

And the Jazz’s big additions this year, in the form of Mike Conley and Bojan Bogdanovic, will only help Mitchell’s life on the offensive end, opening him up to 100% effort on defense, too. “I’m excited. The biggest thing is spacing on the floor, guys who can create and knock shots down. Bogey, who shoots damn near 40%, Mike can get into the paint, hits about 36% from 3, that opens up a lot,” Mitchell said. “And being able to play off each other, that’s something that will be really huge for me.”

Related Donovan Mitchell: ‘I Got Drafted Because of My Defense’