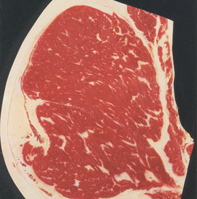 This sh*t is getting out of hand: Sam already wrote about the war of words between ESPN’s John Hollinger and Wages of Wins author David Berri, and now it seems we might have a second feud between basketball scribes. Courtesy of the always-informative Boston Sports Media Watch website, we get longtime Boston Globe basketball writer Bob Ryan’s opinion on the work of Bill Simmons (aka The Sports Guy).

You’ve got the shift in readership to the likes of Bill Simmons and all of the people on the Internet, who are a little less accountable than newspaper writers. From 3,000 miles away, someone [Simmons] who has got some influence on I’d say at least 25 percent of the people who are after Doc Rivers, Bill Simmons…And I’m telling you that the emails I get reflect the fact that people are paying attention to him from 3,000 miles away, as if he knows what’s going on with the Celtics.

This is all stemming, of course, from the vicious article Simmons wrote on ESPN.com’s Page 2 calling for the firing of Celts coach Doc Rivers. In that article, Simmons took a shot at Ryan:

Just this week, the one local writer who understands basketball and all its subtle nuances – the Globe’s Bob Ryan – endorsed Doc and absolved him of all blame. Here was his reasoning:

“And, yes, I’m a Doc guy. I can’t help it. I’ve known him too long. I have too much respect for his intelligence, common sense and goodwill to abandon him in this hour of crisis. Do I know for sure that he can convey all the basketball he knows to others? No, I do not. But I know it’s there, and I’d sure like to play for him (assuming he could use a 6-foot, 1-inch forward with 1965 post-up moves).”

With all due respect to Ryan, the greatest basketball writer of my lifetime … what the hell does that even mean? He’s your friend, so you can’t admit that he’s a bad coach and you need more time to evaluate him? Nearly 200 games wasn’t enough? Come on.

Bill then took it a step further by hating on Ryan’s line of work: “It’s 2006 and I’m wondering if a press pass does any good. Unlike the old days, basketball reporters rarely get extra access anymore — it’s just the same herd of writers hovering around the same people, day after day, writing down the same boring quotes from the same group of bored people who just want them to go away.”

Just so we’re clear, Ryan and Simmons are both wrong. For one, newspaper writers (as Ryan claims) are no more credible than their online counterparts. With the Internet, message boards, blogs, 24 hour sports networks, League Pass, et al, it’s not right of Bob Ryan to assume that he (or anyone in a position similar to his) understands the Celtics more than someone who lives 3,000 miles away. Just because he lives in the same town as the team doesn’t mean his opinion on what’s wrong with the team is better, it’s just different.

Bill Simmons, on the other hand, is one of my favorite basketball writers of all time. He writes about the game with skill, humor, intelligence, and undeniable passion. Even though he spends far too much time referencing Beverly Hills 90210, for my money, there isn’t a more enjoyable read about the game anywhere. That being said, he needs to get off his high horse. Here’s my point of consternation: “By the time most newspaper stories are published, the news always feels a little dated. I’m telling you from experience — it’s possible to follow a professional basketball team without reading the local beat writers now. I do it every day.”

Just because you can catch every minute of every game on TV, and even watch the press conferences doesn’t mean that the local beat writers are suddenly irrelevant. That’s ludicrous. You can’t possibly see and hear everything. And where do you think most of the quotes and other bits of news from the locker rooms come from? Beat guys (and gals).

Even if you own the most highly defined of HDTVs, nothing beats being at the game with a press pass and seeing the action as it unfolds. It’s the best way to gauge which teams play the hardest, the interaction between the guys on the bench, the mood in the locker room after wins and losses, and no matter how hard players and coaches try to be dull and robotic to avoid trouble, something interesting is always said.