The 6 God might have a future as a sideline reporter. 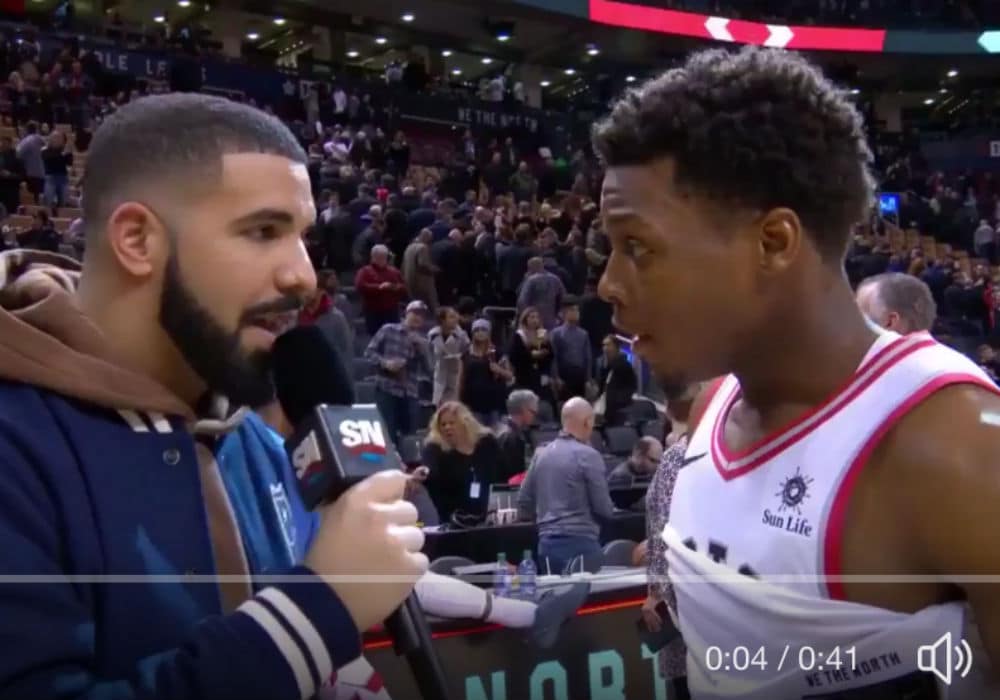 The Raptors cruised by the Kemba Walker-less Hornets tonight in Toronto, with Kyle Lowry dropping 36 points to lead the way.

One of The 6’s most famous natives — and a big Raptors fan — was in attendance and he had the honor of talking to Lowry after the game on Sportsnet. The two are friends and, with Drake sitting courtside at a lot of Lowry’s games, they see each other a lot. That made for some funny tape.

Gotta say, Drake was pretty good in his first sideline reporting role. He asked some solid, out-of-the-box questions and kept it real. If he wanted to push music aside and go into journalism, he wouldn’t have to wait too long to find a gig.