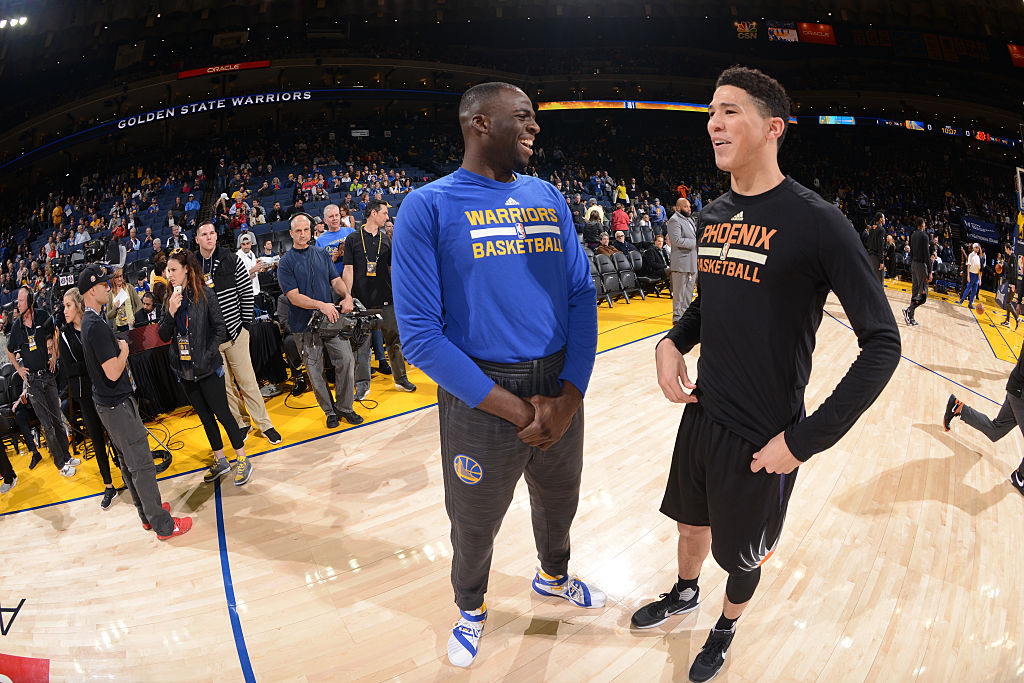 The NBA has come down on Golden State Warriors forward Draymond Green for comments that he made while serving as a guest analysts on TNT. On the Aug. 7 edition of Inside the NBA, Green insisted that Phoenix Suns guard Devin Booker should leave the Suns organization.

Casually asked by TNT’s Ernie Johnson if he was tampering, Green said ‘maybe’.

The comments, which the NBA ultimately deemed a violation of its anti-tampering rules, will cost Green a total of $50,000.

“I need my man to go somewhere where he can play great basketball all the time and win because he’s that type of player,” Green said.

While the Suns are the only remaining undefeated team left in the bubble and have done an admirable job of closing in on a potential playoff berth, there’s no denying that the franchise has been empirically abysmal for the duration of Booker’s career.

The Suns averaged just over 21 wins per season in Booker’s first four full seasons as a pro and while they’ve already topped the 30-win plateau in 2019-20 for the first time in the guard’s career, the stigma is in place.

This isn’t the first time that Green has publicly criticized the Suns organization. When the Warriors onboarded former Phoenix lottery pick Marquese Chriss last October, Green was quick to defend the forward, crediting his tumultuous first few seasons in the league more to Chriss’ environment than his abilities.