Draymond Green: ‘No One Wants to See Us Win Again’ 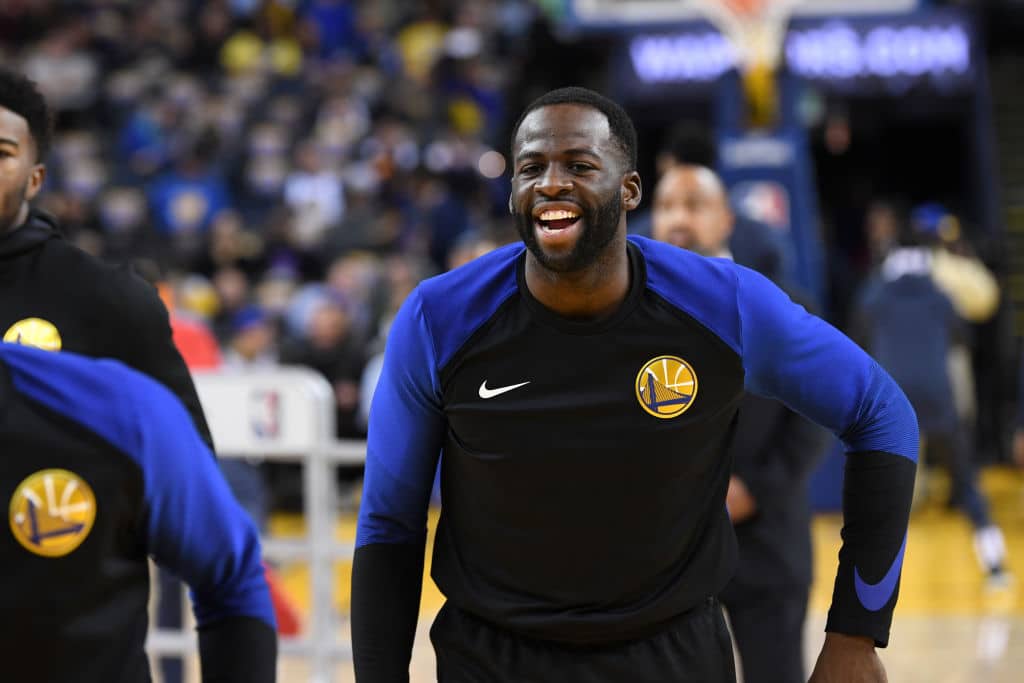 Draymond Green says “no one” wants to see the Warriors win yet another NBA title.

Haters would love nothing more than for Golden State’s core to break up, according to Green.

Draymond Green spent his suspension relaxing with family + wine. But Tom Izzo knew ‘that's eaten at him a little bit…he was a little lost there…He said it was going to be OK, but I could tell that was a phony answer.’ Izzo made sure Green bounced back https://t.co/QpOmaWUk3F

Draymond is secure in his belief that the Dubs, as presently constructed, are unbeatable.

“I think we were more vulnerable last season, in the regular season,” Green says of the Warriors’ 58-24 regular-season record in 2017-18, their worst record since [Steve] Kerr took over in 2014. “They said that going into the playoffs last year. We beat everybody’s asses.”

Of course, if the Warriors don’t three-peat, or even if they do and then [Kevin] Durant leaves in free agency, there will be detractors who probably will point back to the night at Staples Center when Green and Durant were shouting at each other.

“I just really didn’t give a damn [about what people outside the Warriors think],” Green said of those wanting to divide Green, Durant and the Warriors. “Because I know at the end of the day, no one wants to see us win again.

Related
DeMarcus Cousins: ‘We’re the Most Hated Team in Sports’