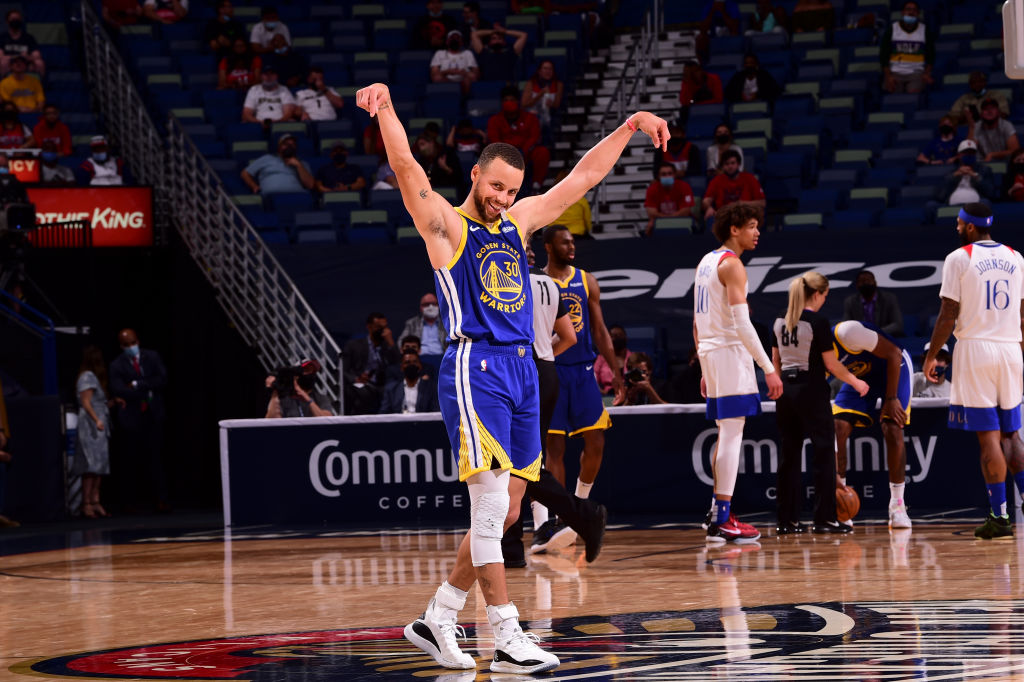 Steph Curry has been outstanding this season, producing some of the best numbers of his career and putting himself into the MVP conversation late in the season. In the month of April, he averaged 37.3 points, 6.1 rebounds and 4.6 assists through 15 games while shooting 46.6 percent from deep.

After a recent game in which Curry dominated, his teammate Draymond Green talked to ESPN’s Nick Friedell and called Curry one of the most terrifying players in the league for his opponents.

Teams are terrified of him — and everywhere he runs on the floor — with or without the ball, teams are terrified. That type of gravity, he pulls a lot of weight … I wouldn’t want to see a team with Steph Curry on it. We all know what he’s capable of.”

If you’re an individual defender looking to slow down Curry, you’re out of luck. It takes a real team effort to slow him down, which hasn’t happened much in the past few weeks. Arguably the best shooter in NBA history, Steph Curry is still dominating the league at age 33.