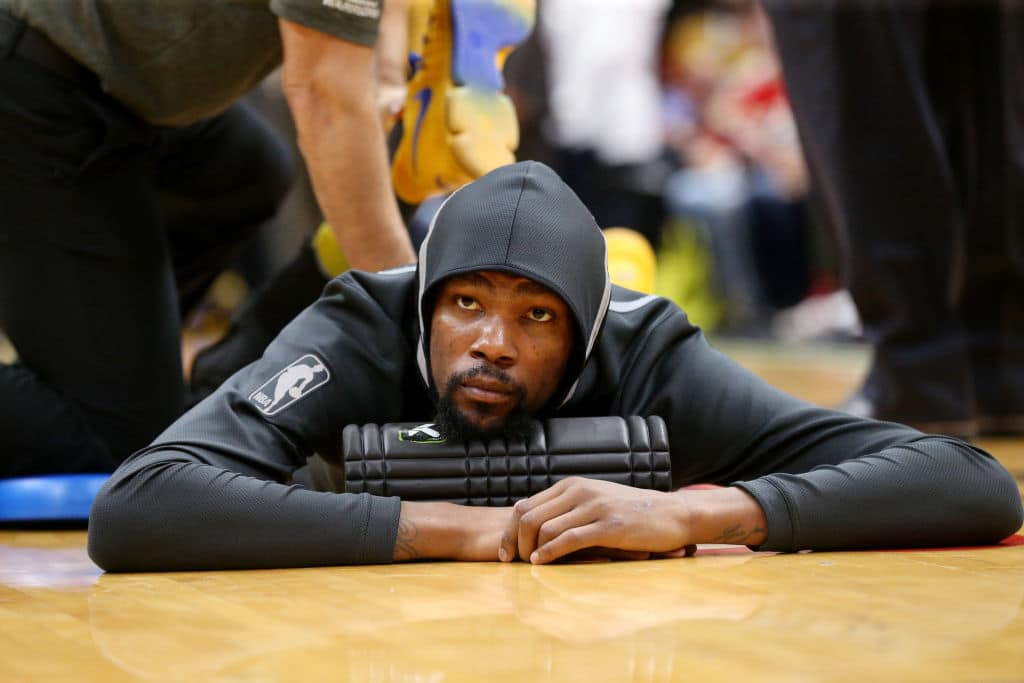 Following the New Orleans Pelicans’ 119-100 Game 3 win against the Golden State Warriors, a sleep-deprived Draymond Green sent teammate Kevin Durant a text message at 4 in the morning challenging him to be more aggressive in Game 4.

The gambit worked: Durant exploded for 38 points, and the Dubs took a commanding 3-1 series lead with a 118-92 victory Sunday night.

KD shot 15-of-27 from the floor to go along with nine rebounds and five assists in 36 minutes.

“I just challenged him to be who he is. I had to tell him,” Green told ESPN. “I didn’t see him attacking or being aggressive enough on both ends of the floor like we need him to be. You know, I don’t hold back. When I see something’s wrong, I have to voice my opinion. There were no hard feelings. We’re just trying to win a ballgame.”

When Durant woke up hours later, his reply to the text message was “I got you.”

“In short, [Draymond] said don’t worry about s— else but playing with force and being aggressive,” Durant told ESPN. “And I tried to do that as much as possible today. I wasn’t aggressive in Game 3, and I knew that. It’s good to know that teammates got your back. It was good to hear that from him.”