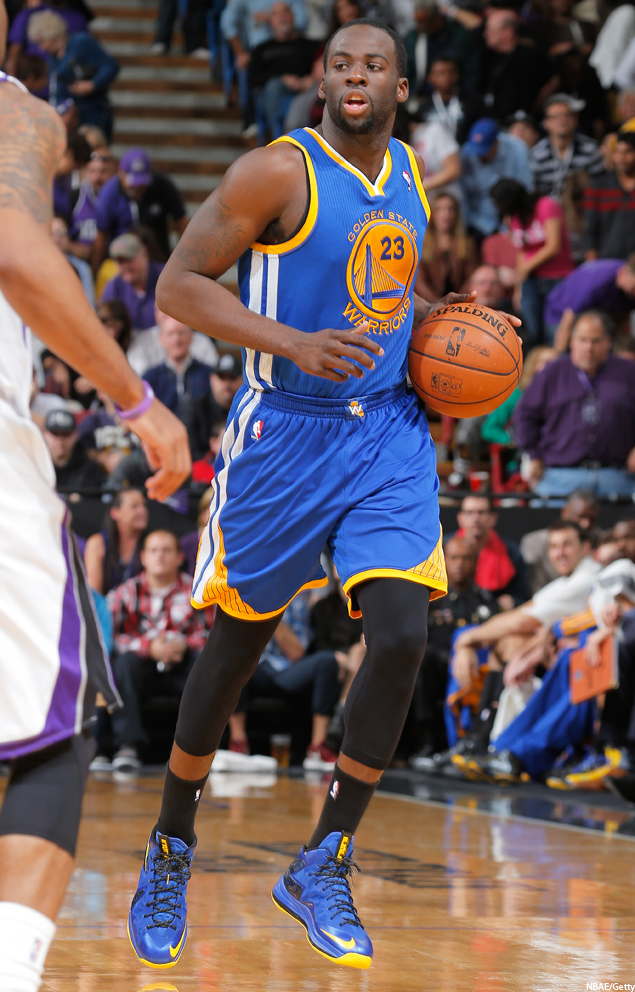 as told to Peter Walsh / @Peter_M_Walsh

Heading into the 2012 Draft, there were a lot of opinions about me and where I would fit in the NBA. Even though I had a great career at Michigan State, people questioned what position I would be. I slipped into the second round but couldn’t have asked for a better situation than the one I fell into with the Warriors.

When I was drafted, I looked at a roster full of young talent being led by Mark Jackson and a new front office looking to turn things around. I knew I could find a niche with this team and eventually get my opportunity to make an impact.

As the season wore on, the biggest change from college was the schedule and travel. The schedule has such a big impact on the way you play and the way you feel. One day Coach Jackson and I were talking and I said, “Man, it’s different. The game changed.” And he replied, “Nah, the game hasn’t changed, you changed.” What he meant was, I wasn’t playing like myself and doing the things that got me to the NBA in the first place. From that point on, I became much more comfortable. When David Lee went down in last year’s Playoffs, I was ready.

I watch Steph [Curry] and Klay [Thompson] shoot everyday and just from watching, you learn so many things. One thing about those two is they’re natural shooters, they put the work in and it comes natural to them. A lot of times, I try and shoot in the same rhythm that they have or shoot against them in a competition because it makes you focus more on every shot when you go against guys like that. You have to focus on every shot because you need to make almost every shot if you’re going to have a chance at winning. I’m a competitor so when I’m shooting against those guys, I want to win. It helps me focus in more on every shot and it’s more of a game situation as opposed to me just going out and shooting the basketball.

I have a great relationship with Coach Jackson; our bond goes beyond the court. He really helped me out as a man and with my spiritual walk with God and I can’t thank him enough. When a guy like him places his faith in me like that, I try and do everything in my power not to let him down. He believed in me and I would never want to betray his trust. His respect for me has had a trickle-down effect on the rest of the team, and even though I’m only a second-year guy, I’m looked at as a leader on this team.