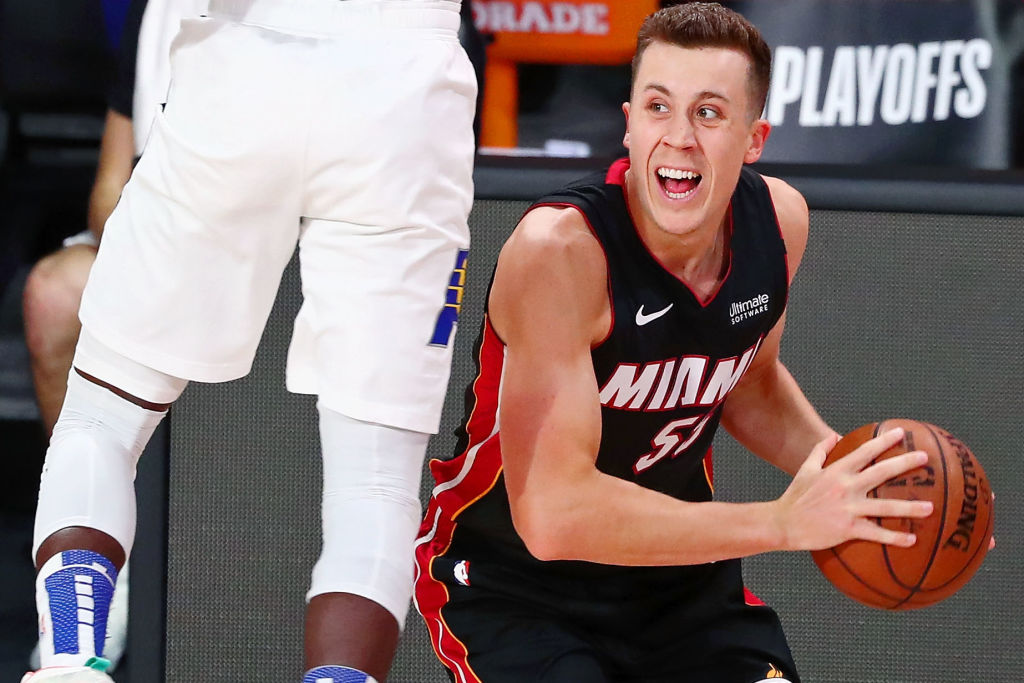 Duncan Robinson has come from the most unlikely of circumstances to play a prominent role on a fascinating Miami Heat squad. Even he will admit he was never supposed to be this good.

“I really wasn’t even a good high school player,” Robinson told ESPN’s Ramona Shelburne. “I didn’t have any plays for me run in college — ever.”

Fast forward to today and the unheralded recruit is the team record holder for the most threes in a single season and is roughly a third of the way to becoming the franchise’s all-time leader in the category.

Robinson only had one college offer upon graduation and it was a Division III school called Williams College. A year later, however, he managed to secure a spot in an iconic Michigan Wolverines program.

Robinson’s three years at Michigan ended with him going undrafted in the 2018 NBA Draft and eventually signing on with the Miami Heat via a two-way deal.

“He’d just had a really successful summer league with us again,” Spoelstra said. “He’d broken basically all of our shooting records, and he was still struggling with his confidence and whether he belonged here.”

“You can’t have that kind of clutter when you’re out there to be a sniper,” Spoelstra said. “You have to have a clear mind.”