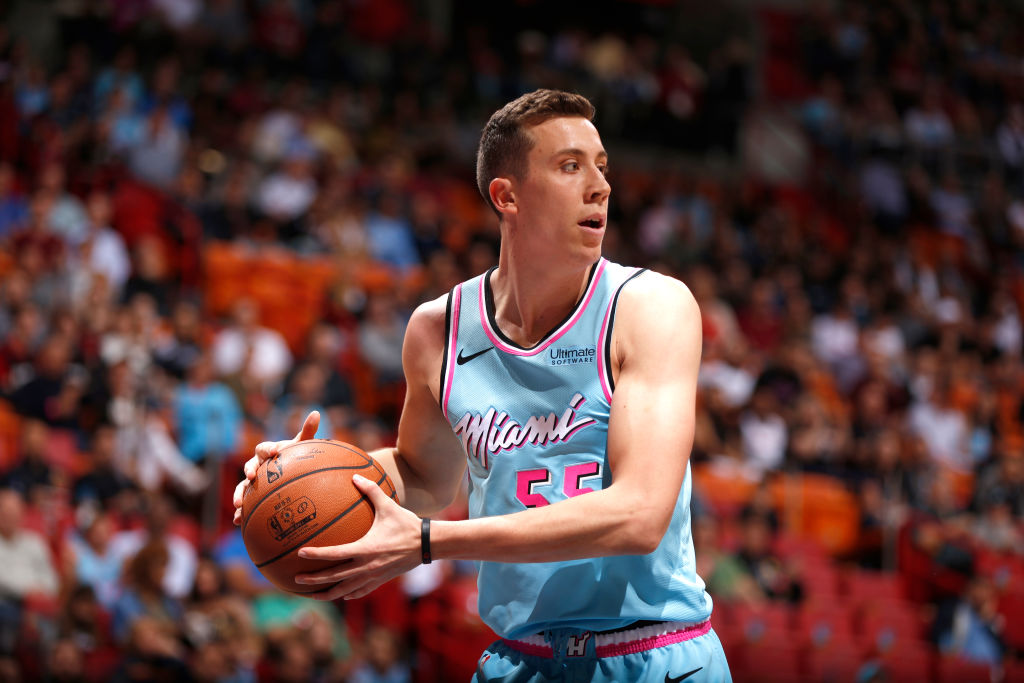 Miami Heat wing Duncan Robinson’s rapid ascent as a featured rotation piece on the Eastern Conference champion was one of the feel-good stories of 2019-20. Now, according to The Athletic’s Zach Harper, the sharpshooter is a “top commodity” on the trade market.

Robinson’s quick release and ability to get his shot off without much space gave the Heat an unexpected extra offensive option last season. That elite skill, coupled with his team-friendly $1.6 million contract, make him a coveted asset throught the league.

Since being a deadly three-point shooter in the NBA is more important than ever, Robinson’s market value and his precision from the perimeter go hand in hand.

Despite going undrafted in 2018, the 26-year-old has showcased a lightning-quick stroke from deep and extraordinary accuracy, leading to him starting for the Heat for nearly the entirety of the 2019-20 regular season and 2020 NBA Playoffs.

Having just wrapped up his second NBA season, Robinson shot a blistering .446 percent on 8.3 three-point attempts per game in 2019-20, ranking third in total three-point makes with 270 and fourth in three-point field goal percentage,

With those numbers comes a higher price tag and if Robinson can replicate his performance from beyond the arc next season, he’ll be worth a hefty sum as Harper notes.

If Miami doesn’t want to pay him in the 2021 offseason or if they simply receive an offer for Robinson they can’t pass up, the New England native may find himself shipped out of South Beach.