Dwight Howard Feels Like an Even Bigger Villain Now 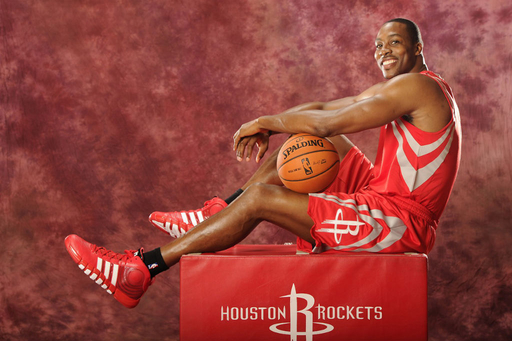 The blueprint for Dwight Howard’s redemption is out there. LeBron James proved, once again, that winning championships ensures forgiveness from fans and media.

“Last year, I felt like I was the villain,” Howard said. “Now, I feel like I’m an even bigger villain.” […] Howard wants to take James’ and the Miami Heat’s title, but confesses to finding comfort in the redemption of the best player on the planet. For Howard, another scorned star, James’ redemption represents the light in the distance.

“He got hated for a lot of reasons,” Howard said. “I was really, really happy when LeBron finally won. I was unhappy that it wasn’t me up there, but I was glad to see him get through that whole thing. I knew exactly how he felt. People putting you down, saying bad things about your character, who you are as a person. It doesn’t sit well with you. When you go out on the court, you want to show them, ‘Hey, this isn’t who I am.’ Here’s a guy who’s a great basketball player. He did something that was for him, and he did it in front of the whole world. I realized then that our issues, our problems, our flaws are out there for the world to see. You can’t run from it. We have to learn from our mistakes and move forward.”

Howard says he has a better chance to succeed with the Rockets — they have a younger and more promising roster than the Los Angeles Lakers, and Dwight gets to work with Hakeem Olajuwon on a regular basis.

Dwight Howard finds himself on the team and in the situation that best suits him. Winning has to be the next step, and it will take care of the PR war.