Dwight Howard: ‘I’d Rather Show You Guys Than Say it’ 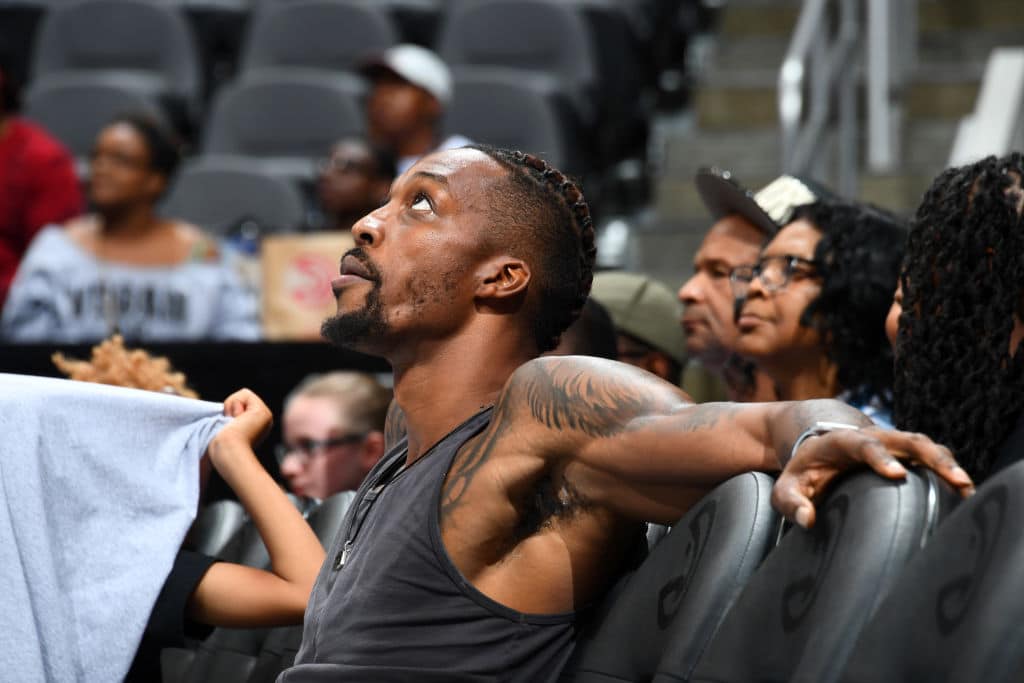 Dwight Howard told the Los Angeles media that he would “rather show you guys than say it” during his introductory conference call Wednesday.

Howard, 33, called his reunion with the Lakers “a very big blessing.”

The big fella added that he plans to bounce back after hitting “rock bottom.”

Seven years after trading for him in hopes of building a championship team, the Lakers have re-acquired Howard with a more modest ask. They signed the once-dominant center to a one-year, non-guaranteed deal worth the veteran minimum to play a position he’ll share with returning center JaVale McGee.

“It’s a very big blessing to be able to come back here and play,” said Howard, an eight-time All-Star and three-time defensive player of the year. “Not too often in life you get a second chance or anything like that. This is an awesome experience. I’m looking forward to just being the best teammate, the best person in the community, the best I can be for this franchise. This is going to be an amazing time. Six years ago doesn’t seem like a long time, but a lot of things have happened.”

He met with Anthony Davis, Rajon Rondo and McGee at the team’s training facility and assured them of his commitment.

“We’re trying to win a championship,” Howard said. “And you know, I think that everybody wants to know what level of commitment that I have, and what everybody else on the team has. So, I definitely understand it. I’m very committed to helping this team win a championship. It’s not just an interest of mine. It’s something that I’m super-committed to. And I’d rather just let my actions speak louder than any words that I can tell you. Let me kind of keep it short and sweet.”