Life-long friends Dwight Howard and Josh Powell are chasing a ring in Houston. 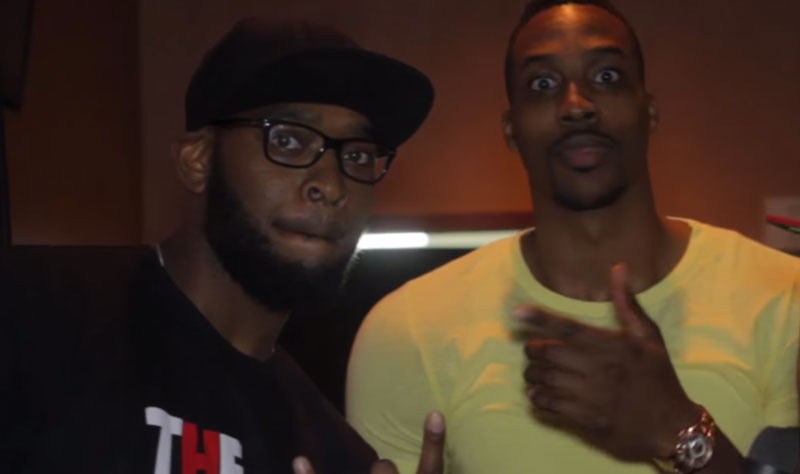 As we have all encountered at one point or another in our lives, relationships are everything. From the workplace to getting services done, it’s always nice to have a hook up and more often than not, that’s going to come from someone in the place that you grew up. Things are no different in the NBA.

Dwight Howard and Josh Powell both grew up in ATL. While Powell is a few years older, the basketball community is small and he formed a bond with Howard that ultimately proved beneficial. The 10-year NBA vet has made stops with the Mavs, Pacers, Warriors, Clippers, Lakers, Hawks and Knicks. He also went across the pond to win a Euroleague chip in 2013. While his resume speaks for itself, it was ultimately D12’s word that helped lock up his deal with the Rockets.

“He was a big factor. He was also lobbying for me as well,” Powell said. “His input definitely helped with the process. Of course my agent was working, but with Dwight being my brother, he was definitely lobbying for me.”

While Dwight never made it to college, he was still making the rounds on visits early in his high school career. The Atlanta Celtics star was the top player in the Class of 2004 and despite the fact that most expected him to go straight to the League, he went on plenty of college visits. It was on his visit to Raleigh that he and Powell really got tight.

“When he was in high school and I was in college, we knew of each other. We always know the ones coming up,” explained Powell. “NC State had a camp to bring him in and being from the A, they wanted me to be the one to walk him around, talk about college, and get him to come to State.”

Although Howard chose to forgo campus life, the two have remained close ever since—evidenced by how hyped Howard was about the signing of Powell.

“It’s amazing being able to play with someone that you truly cherish as a person,” Howard said. “I’ll be happy to toss him around in practice, but I am excited get out there and play for a ring in the game.”

Getting rings is one area that Powell has plenty of experience in. He was a glue guy on the Lakers back-to-back chips in the post-Shaq era and took on a much bigger role when he led Olympiacos to a Euroleague title last year. Knowing that he’s not going to be putting up huge numbers in Houston, the 31-year-old is prepared to use his experience to take on a different role.

“On the court, I’m going to bring the energy and presence. Playing D, playing hard, communication, energy, demeanor and believing in yourself. Off-court, my experience,” explained Powell. “I’ve been to three Finals and won two. Won Euroleague. Being successful at a lot of stages allows me to be able to express those things to guys who may have not been there. I’m going to be a leader on and off the court.”

He added, “The tough thing about being an NBA player is getting down on yourself when not playing, not making shots, and stuff like that. The main thing is staying positive, whether you’re up 20 or down 20… These are things that I learned from Kobe and Phil Jackson.”

Howard will be counted on to be the team’s focal point. There will be plenty of opportunity for Dwight to get back to his dominant Orlando form. And Powell expects that to happen.

“We’re going to get on the big fella’s shoulders and ride out.”