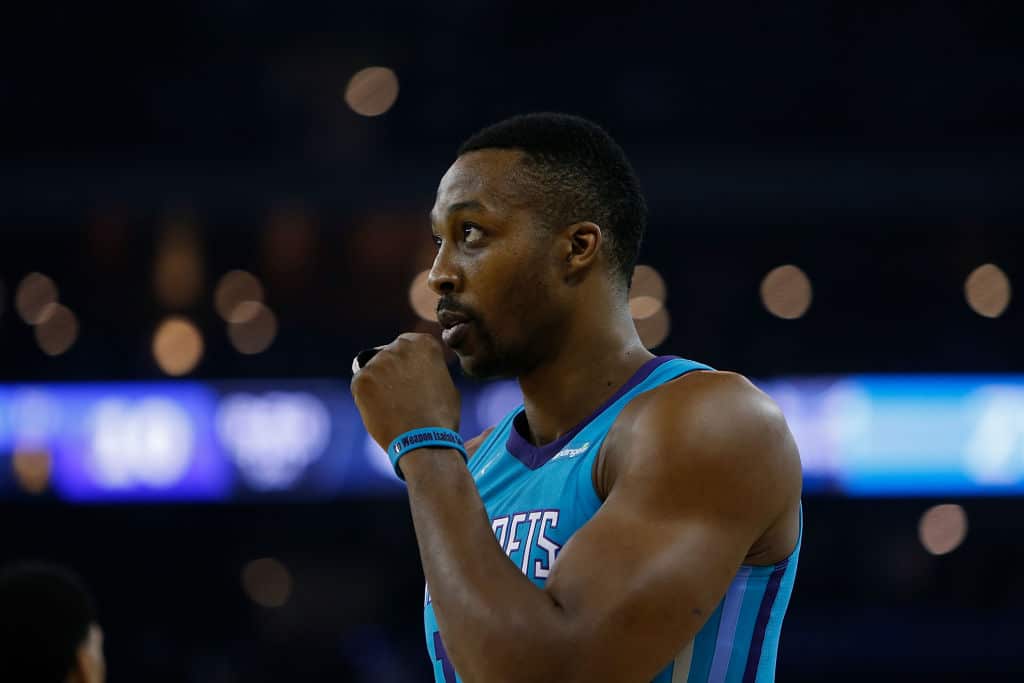 In the end, however, John Wall‘s recruitment helped convince the big fella to join the Washington Wizards instead.

The Wizards signing Dwight Howard has proven that John Wall can be very effective as a free agent recruiter. https://t.co/stsZytA9UU

Howard is excited to team up with the All-Star point guard.

“Shoutout to John for reaching out to me and asking me about joining this team,” Howard said.

“No lie, when I saw the message on Instagram, I really got so happy. I was like ‘John just DM’d me, oh man this is crazy!’ After that, I really just started to put on my thinking cap,” Howard said. “I just thought about all the possibilities. I was like ‘man, this could be the best spot for me.'”

Howard liked the thought of playing with Wall and appreciated his communication so much that he says it helped sway him from signing with the Warriors. Golden State ended up doing well for themselves by signing DeMarcus Cousins, but they did reach out to Howard.

“Golden State called and I thought about them. But once John sent me that message, I was like man. I couldn’t tell him at first, but I was like ‘man, I’m going to be a Wizard.’ That was my mindset,” he said.