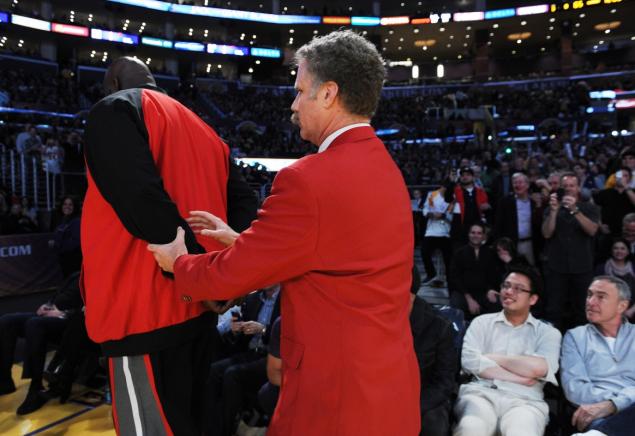 The Suns had no answer whatsoever for Dwight Howard during Tuesday night’s 91-85 loss at Staples Center. He scored 19 points on 8-15 shooting and added 18 rebounds and 2 blocks in 41 minutes of action.

This is presumably what the Lakers expected from Howard when the franchise made the decision to acquire him from the Magic.

The effort was an eye-opener, rest assured, and was perhaps the first step toward Howard turning the corner to emerge as a reliable presence for the Lakers. He has, after all, often been labeled as the proverbial scapegoat for the team’s struggles this season.

“There’s a lot of stuff going on around me that I can’t control,” Howard said. “But my biggest thing is keeping my faith up, not losing faith in our team and staying focused. It’s tough to deal with, but I’m going to overcome it.”

His stint in Los Angeles has not been one of those feel-good Hollywood stories. Far from it, in fact. Howard has recently dealt with aggravated labrum in his right shoulder—this coming after surgery was performed on his back a short 10 months ago.

In the meantime, the Lakers (25-28) haven’t been able to figure things out. Heading into All-Star Weekend, they trail the Rockets (29-26) by four games for the No. 8 Playoff spot in the West.

Making matters worse, former Lakers Robert Horry and Rick Fox called out Howard over the course of the past month. Kobe Bryant stirred up some controversy as well. Howard’s latest effort figures to keep the peanut gallery quiet, at least for a while.

“I don’t think he has been himself,” Steve Nash said in defense of Howard. “I don’t think he’s the player we’ve become accustomed to seeing. The thing about Dwight is that he can still be a tremendous player and terrific defender even if he’s not 100 percent.”

Howard looked like his former self against the Suns.

With Bryant deferring against Phoenix, for the first time in a long time, Howard was able to get loose. Bryant didn’t attempt a field in the first half. You read that right, no typo, he did not hoist up a single shot. The last time that happened was back when, in March of 2004.

Bryant converted his first field goal of the game against the Suns with 2:10 left in the fourth. He ended up with 4 points, 9 assists, 5 rebounds and 8 turnovers.

“I’ve been doing that since January, trying to make the right play to keep everybody involved,” Bryant said in the locker room afterward. “They they wanted to see if the other guys could beat us, or maybe, if I’d get frustrated and start forcing things a little bit.”

The night, at long last, seemed to belong to Howard.

“Obviously when you get 19 points and 18 rebounds and a big presence underneath the rim it’s good, it should be that way all the time,” Mike D’Antoni said.

For as well as Howard played, Will Ferrell nearly stole the entire show. Dressed up in red as an usher, he approached Shaquille O’Neal at his court-side seat, gestured to the Big Fella and proceeded to kick him out of the building. In a professional, albeit comedic manner, Ferrell escorted O’Neal to an adjacent tunnel as cameras attempted to capture the moment.

From the bench, Howard caught the exchange between the two and flashed his patented big smile. A laugh followed. It was difficult to keep a straight face. Aside from that moment, Howard appeared to be all business.

“We have to find a way to stay away from controversy, focus on what we can control on the floor and leave the noise to everyone else,” Howard said.

We won’t have to wait long to find out if he’s up to the task of being known as a potential go-to guy for the Lakers. They take on the Los Angeles Clippers for bragging rights on Thursday night. One thing is fairly certain: He looked the part Tuesday night. Then again, we’re talking about Phoenix with Marcin Gortat, Luis Scola and Jermaine O’Neal in the post.

Howard must post consistent numbers against the rest of the NBA. Salvaging the season and making a Playoff run is the goal. That’s why the Lakers brought him to the West Coast. Management undoubtedly would like a return on its investment at some point.