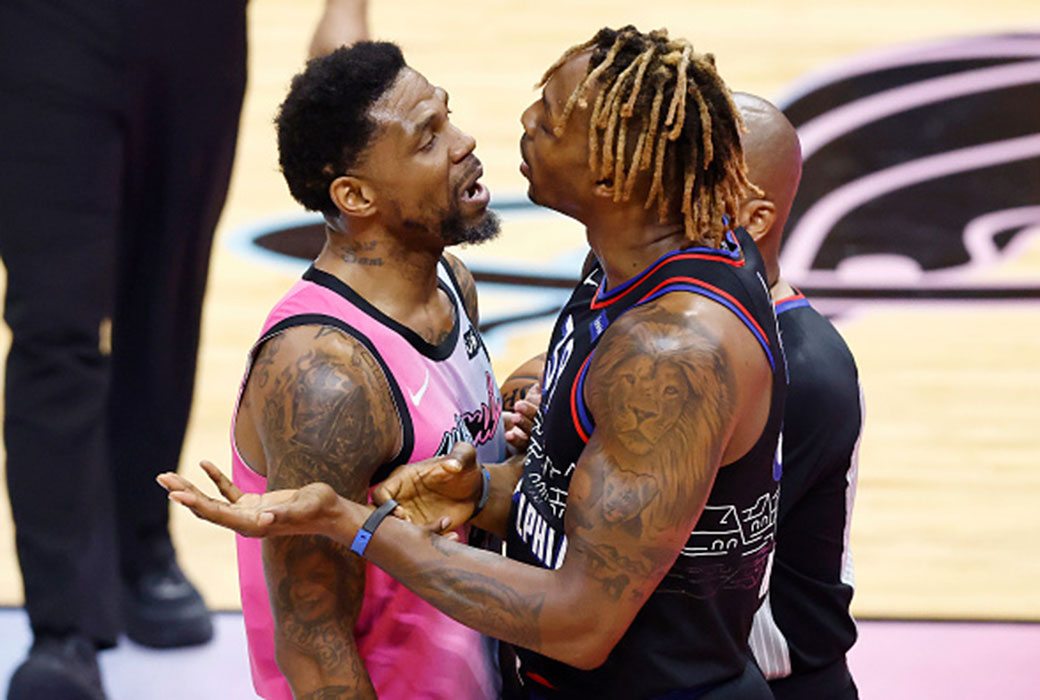 Dwight Howard will not be suiting up when the Philadelphia 76ers take on the Orlando Magic on Friday night.

It was announced by NBA Executive Vice President, Basketball Operations, Kiki VanDeWeghe that the 76ers’ center has been suspended one game without pay for receiving his 16th technical foul of the 2020-21 season in Thursday night’s altercation with Udonis Haslem.

Dwight Howard and Udonis Haslem were getting HEATED in Miami: pic.twitter.com/zgzjDEznnk

Howard will serve his suspension tonight when the 76ers play host to the Orlando Magic at Wells Fargo Center.

While Luka Doncic promised to avoid suspension after receiving his 15th technical foul of the season a couple of weeks ago, Dwight felt he was being ‘targeted’ after reaching his 15 technicals claiming that his reputation was leading to him being officiated unfairly.

“I have felt like I’m being targeted, but I’m just going to continue to play as hard as I can,” he said, via NBC Sports.  “I want all the Philly fans to know that I’m out there giving 130 percent every night. The calls might not go my way, I might seem a little frustrated, but I’m out there to help this team win a championship. Sometimes the refs do give me some calls that I feel are unwarranted, even the technical fouls.

For the playoffs, Howard’s 16 regular-season technical fouls won’t be relevant when the players start at zero. However, the NBA rules state if a player receives seven technical fouls in the postseason, they are suspended for one game.