Post Up: Dwyane Wade, Dirk Nowitzki Suit Up for One Last Time 😢 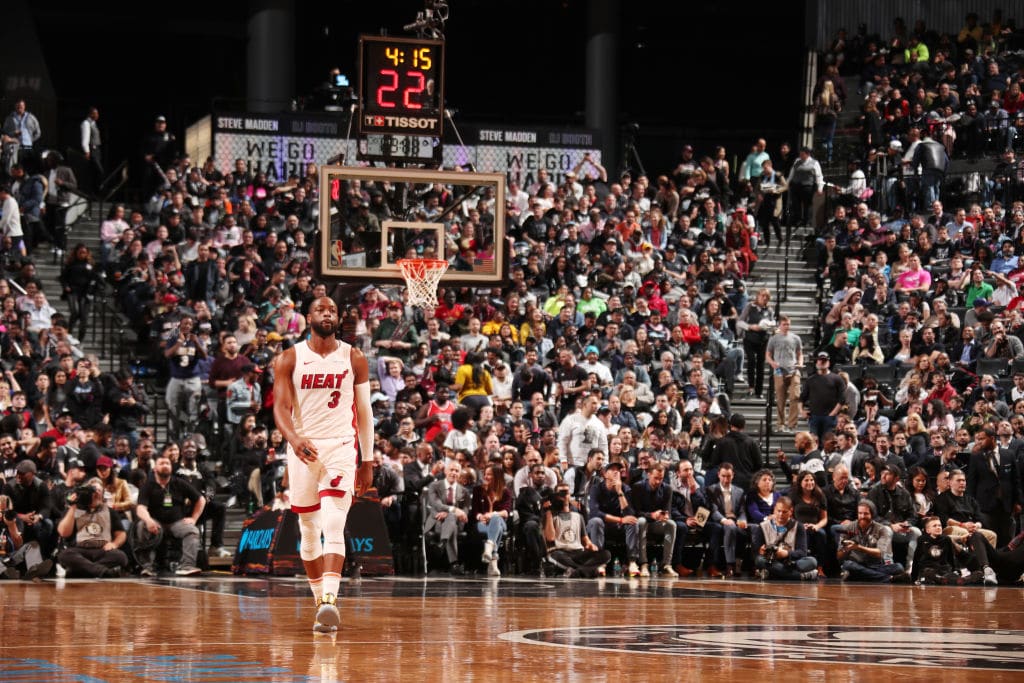 Dwyane Wade’s One Last Dance ended with a bang. The guard showed out in Brooklyn, with LeBron James, Chris Paul and Carmelo Anthony there to watch, racking up a triple-double of 25 points, 11 rebounds and 10 assists. He got the assist on a pass to none other than fellow Heat veteran and friend, Udonis Haslem.

After the game, Wade was embraced by his Banana Boat family.

Dirk Nowitzki ended his storied career with one last jumper at the top of the key, the perfect cap on a 21-year legacy in Dallas. He finished his final game in the league with 20 points and 10 rebounds.

Taurean Prince hit a 3-pointer with 2.1 seconds left to put Atlanta up two — but they didn’t come away with the win. The Hawks fouled on a 3-point shot on the ensuing possession, and Indiana’s Edmond Sumner hit all three shots to give the Pacers win No. 48 on the season.

Charlotte entered the night with playoff hopes but they ultimately fell short. Terrence Ross led Orlando with 35 points in the road win. Kemba Walker put up 43 points as his team’s season ended early.

Detroit’s night was a joyous one as they clinched their first playoff spot since 2016 with their win over New York. Luke Kennard scored a team-high 27 points on 9-for-14 shooting from the field. Andre Drummond added 20 points and 18 rebounds.

The 76ers fielded a team without Ben Simmons, Jimmy Butler and Joel Embiid but they still notched the win at home. Jonathon Simmons led the team with 20 points.

Memphis enjoyed another triple-double from Delon Wright (13 points, 11 rebounds, 11 assists) as they finished the win season with a win. Jevon Carter contributed 32 points towards the victory as well.

Russell Westbrook is in playoff form as his triple-double (15 points, 17 assists, 11 rebounds) helped OKC over Milwaukee. Dennis Schroder put in a team-high 32 points for the Thunder.

Denver mounted a furious comeback late to steal the game at home. Nikola Jokic paced the team with 29 points and 14 rebounds.

Denver will be the No. 2 in the West and face San Antonio in the first round.

Grayson Allen dropped a career-high 40 points in 40 minutes but Utah fell in OT. Ivica Zubac put in an impressive game for the Clippers, racking up 22 points and 11 rebounds.

Portland secured the No. 3 seed in the Western Conference by only playing six players. They were led by rookie Anfernee Simons, who registered 37 points, nine assists and six rebounds.