Dwyane Wade: ‘I’ll Be There Early to Work Out With LeBron Before the Game Starts’ 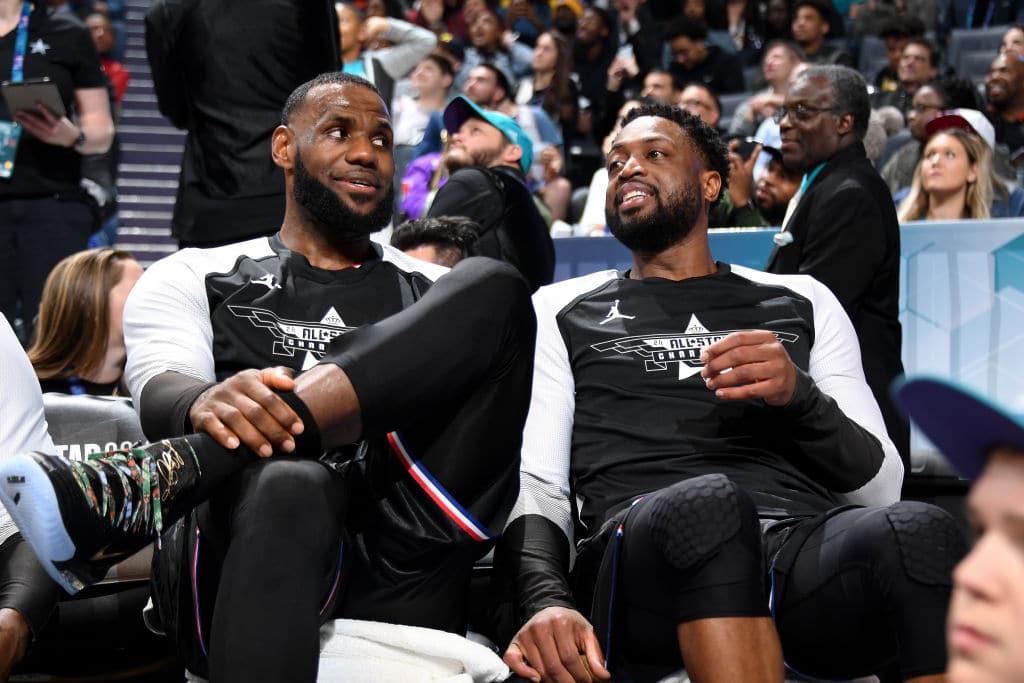 Dwyane Wade is “done” with NBA basketball, but he plans to work out with his good friend and former teammate LeBron James before games next season.

Wade, 37, says his trainer is keeping him in shape since “you never know.”

The future Hall of Famer is now living in California⁠—staying active by training with guys currently in the League⁠—and believes either the Lakers or Clippers will win the 2019-2020 championship.

“I’m done, but my trainer is going to keep me in shape just in case something happens,” Wade said, smiling. “I’m going to stay in shape because you never know. Never say never.”

Staying in shape for Wade might actually include him working out with James before games at the Lakers’ training facility in El Segundo and at Staples Center, which will undoubtedly lead to rumors of a potential reunion this season.

“You’re definitely going to see me out there,” Wade said. “I’ll be there early to work out with LeBron before the game starts. I just want to stay around it and be as involved as I can.”

He’s enjoying retirement life as a father, mentor and occasional workout partner and isn’t looking to be tied down to one organization just yet.

“I think L.A. sports is in an amazing place right now with football, basketball, baseball and even high school sports, and I look forward to being a fan and rooting all these teams on,” Wade said. “Obviously with LeBron being on the Lakers, I have a dog in the fight, but you have the Lakers and Clippers, two of the best teams in the league and the hottest tickets in town. People want to go watch both of these teams because they’re both in the running to come out of the West and play in the Finals. They could play each other in the Western Conference finals, which would be great. Golden State still has the heart of a champion with everyone they have coming back, but I think L.A. is going to win the championship.”

Related Dwyane Wade Caps His Career With a Triple-Double