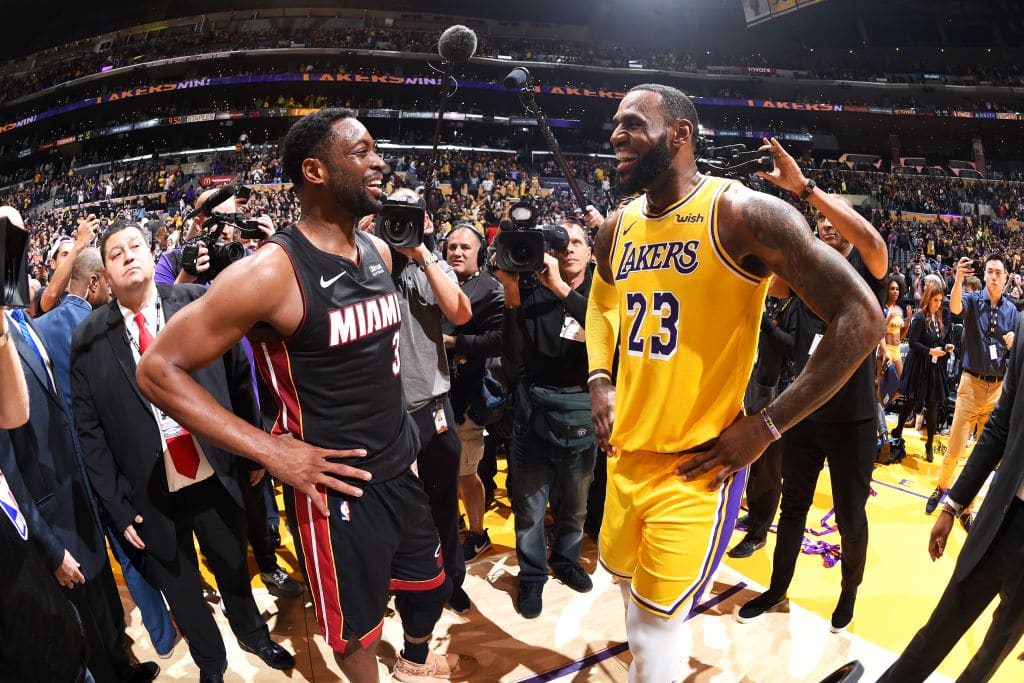 Dwyane Wade teamed up with LeBron James in Cleveland last season knowing his good friend intended to eventually sign with the Los Angeles Lakers as a free agent.

Wade’s ill-fated adventure with the Cavs ended when he was dealt to back to Miami at the trade deadline.

Dwyane Wade signed with the Cavaliers knowing LeBron James would leave for Lakers. And yet, Wade didn’t want to be traded out of Cleveland. Here’s why @TheAthleticNBA https://t.co/oErzxfhmnK

The 36-year-old future Hall of Famer says he wanted to get back to the NBA Finals with James, but that it wasn’t in the cards.

“LeBron, first of all, he’s a guy who always plays his cards close to the vest, but I knew his ultimate goal was to be in Los Angeles,” Wade told The Athletic. “He recruited me and he talked to me about signing there (Cleveland), and I said, ‘listen, I know you might not be there long, you’re gonna be a free agent and there are some things that might happen, and we’ll have a conversation.’ I just thought I’d make it through the season first.”

But more than that, Wade wanted to go back to the finals. He didn’t want out from the Cavs.

“That’s why I signed there in the first place,” Wade said. “If I had known that was gonna happen (the trade), I wouldn’t have signed there. It’s gonna be an item on my resume that’s hard to understand, but it happened. I know I filled my role while I was there, as a veteran and a leader. At least I can say I made some really cool relationships with the people who were there.”

The two friends did have a sitdown, over lunch, the day Wade was traded.

“It wasn’t like he came out said ‘oh, you’re traded, I’m going to the Lakers,’ but like I said I knew where his heart was and what he was thinking big picture,” Wade said.