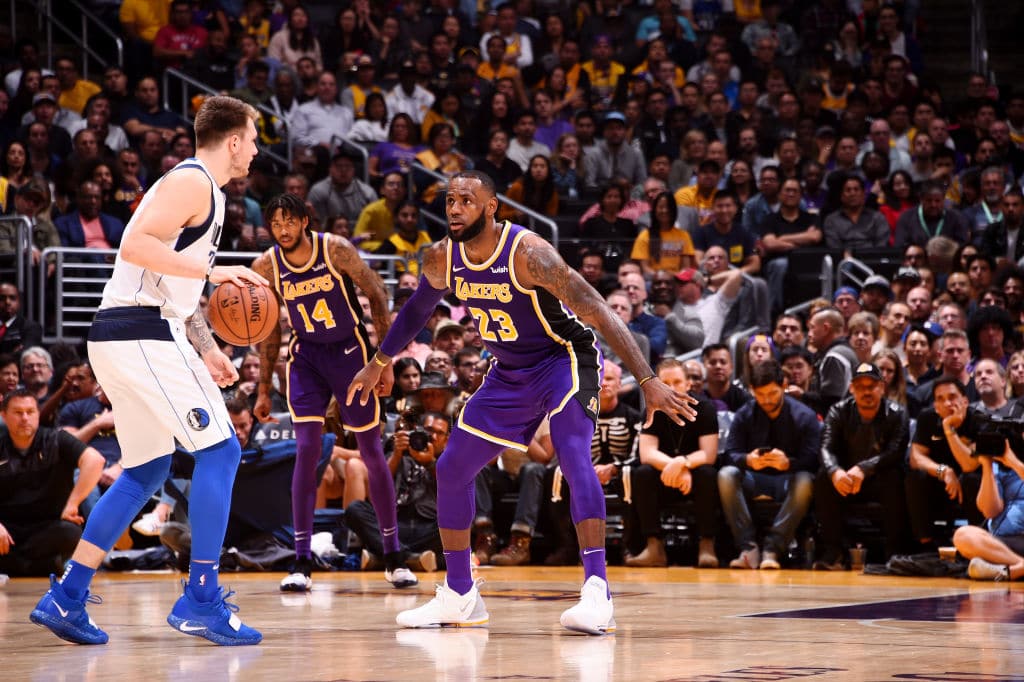 Wade marvels at Doncic’s ability to find shooters all over the floor.

Dwyane Wade on Luka: "quote me right where I say this – it’s LeBron James-like from the standpoint of how he’s able to rope that pass to shooters in corners, getting blitzed. There’s not many guys who can do that and put it right there. He does an amazing job of it."

D-Wade played in Dallas one the last time Wednesday night, the sight of many of the most iconic and controversial moments of his Hall of Fame career.

Wade had done enough already in what was almost certainly his last game in Dallas, scoring 22 points in one his better games of the season to help the Heat to a 112-101 victory over the Mavericks on Wednesday night.

“Talking to Dirk [Nowitzki] at the end, he was just like, ‘Man, you look good,’” said Wade, relating their conversation while surrounded by cameras during a jersey swap at midcourt after the game.

“I said, ‘You have those days, right?’ But those are the scary days, those days that you can mess around and be like, ‘Well, I can keep playing.’ And then it’ll be a day that you’re like, ‘No, there’s a reason why I’m retiring.’”

The true reaction of Dallas fans to Wade came later when they booed the 13-time All-Star whenever he touched the ball. The Mavericks have always thought Wade was the beneficiary of questionable calls in the 2006 NBA Finals, which the Heat clinched with a Game 6 win in Dallas.

“There was a lot of obviously Wade fans in the building, well-deserved,” Nowitzki said.