You've got some reading to do, D-Wade! 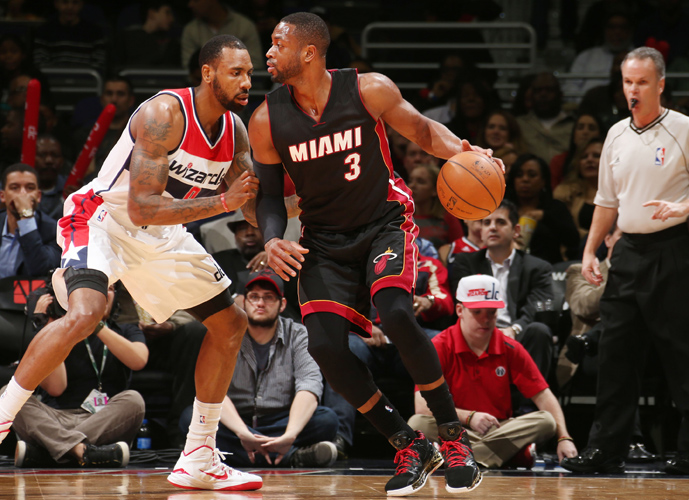 Dwyane Wade, this is a different type of season for you. Your brother figure is gone, and one way to cope is to read some Shakespeare. MacBeth is a tale of revenge, betrayal, ambition, king making, all elements of the usual Miami Heat drama. The character MacBeth is led to believe he is destined to be the king because of some predictions from a group of witches, much like when media members make their NBA picks. All he has to do is commit a series of horrific betrayals. In his world it’s murder; in yours it’s the ruthless business of NBA free agency. Yes, LeBron has some MacBeth in him, an ambitious ruler who will do anything to remain on top, even as others critique him for not being willing to go all the way. Are you tired of hearing about what’s already happened and ready to move on to the future? Not so fast.

You were a noble champion, a 30-ppg scorer, a respected leader. Your career has turned out much better than King Duncan, who was left in the wake of MacBeth’s ambition. Much has been said about your decline, how your best days are behind you, but the pain has made you stronger. While others move around seeking glory, you’ve been loyal to one city your whole career, and for that you should rule.

You do still have one of the great characters in your life though. Pat Riley is much like Lady Macbeth, one of the great motivators, who worked the system for her benefit. She lights a fire under her husband, pushing him, increasing the pressure when it needs to be turned up, playing mind games, refusing to cave in. You’ve been privy to Riley the coach and team president’s finest inspirational moments, where you have seen all of these skills on display. Granted, Lady MacBeth goes insane, but worse things have been said about Riley.

If there is a character you might relate to, it’s Malcolm, the true heir. His day is coming, but he must make a bold move to restore order to Scotland, just like your Miami Heat could still rule the Eastern Conference. As the play progresses, it’s clear that somebody has to take MacBeth down. Christmas Day, 5 p.m., the NBA has set a stage as dramatic as any Shakespearean drama. You will have your showdown. To prepare, you have some reading to do.