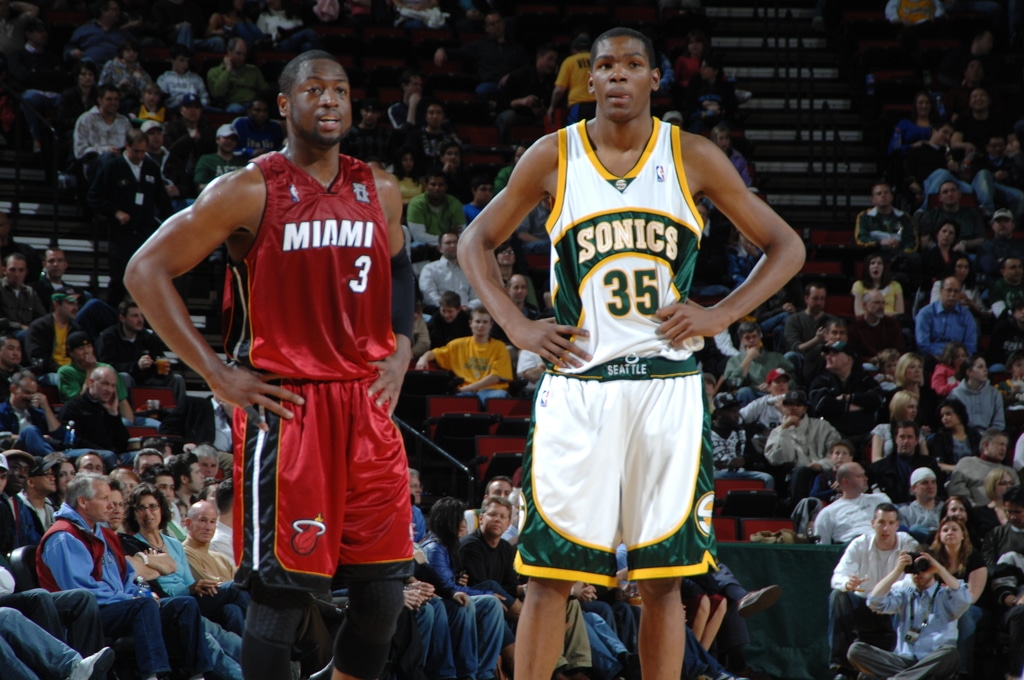 Dwyane Wade wants to move into NBA team ownership when his playing days come to an end, and his primary goal would be to bring the SuperSonics back into the League.

Dwyane Wade on the NBA, being a role model, and which coach he wants to run for office https://t.co/zB3T61rHUE pic.twitter.com/aqA15wnQFS

When you think about your next act off the court, would you ever consider buying a team?

Wade: “I definitely want to be a part of ownership in the NBA. I’m not going to try to buy a team. I don’t have that kind of bread, but I definitely want to be a part of a great ownership group. NBA Commissioner Adam Silver is all about players being involved in an ownership capacity. You’ve got players like Grant Hill involved in the Atlanta Hawks. Shaquille O’Neal is involved in the Sacramento Kings. It’s definitely something that I’ve talked about, some of my friends have talked about. But, first of all, I’d have to be retired. When that time comes …”

Which team do you want?

Wade: “Seattle. I want Seattle’s team, the Sonics, to come back. I think Seattle is a great basketball town. I would love to be a part of that. But I’m open—if you know somebody …”