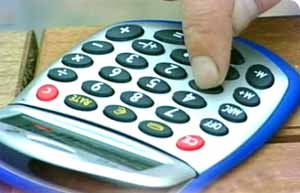 I love looking at stats when it’s too early for consitency to settle in and things area all crazy.

Carlos Arroyo hitting 68.8% of his shots.

Brent Barry, hitting 3 threes per game at an 80% clip.

After all the jokes about Dwyane Wade getting to the free throw line, the following players are higher than him on the FTA list: Wally Sczbjerevkhsjk, Richard Jefferson, Zach Randolph. Paul Pierce leads the league at 12.3.

And Paul Pierce also leads the league in rebounding with 13 per game. Drew Gooden rules the offensive glass with 6 every night.

Steve Nash and Chris Paul are both double digits in assists. That could actually last all year.

Turnovers? Iverson and Kobe are coughing it up 5 times or more every night.

Ron Artest leads the league in steals with 4.2 and teammates Caron Butler and Arenas are second and third.

JO and Emeka are tied for the lead with a Dikembe-esque 3.8 blocks.

The only guy who has played more than 2 games and is sitting on 5 fouls per game is Okafor. He’s blocking and fouling. An intimidating combo.

Technical foul leader? You don’t even have to ask. He’s got 4 of them. Mike Bibby has 3.