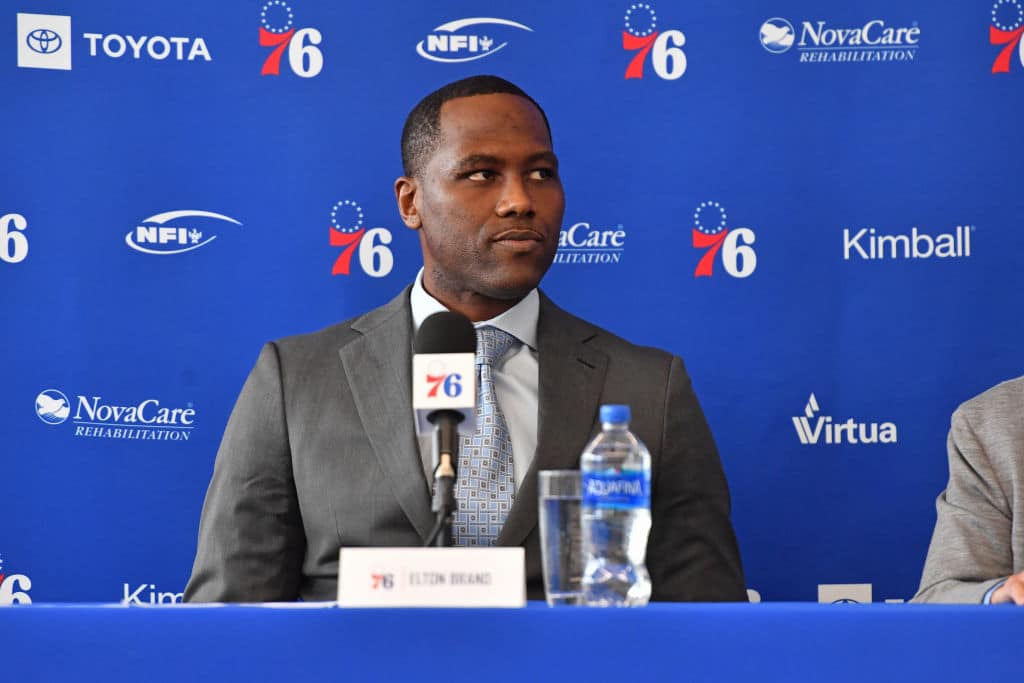 Brand says Johnson was a on a list of Hall of Famers the second-year star wants to chat with this summer.

"Rob Pelinka called me and said that Ben (Simmons) wanted to talk to Hall of Famers after the season, Magic was on the list. He asked for authorization… I said no. This was over a month ago." – Elton Brand shooting down the Ben/Magic meeting 🔥🔥🔥🔥🔥

The NBA has since launched an investigation into possible tampering.

As the NBA embarks on yet another Lakers tampering investigation — this time, Ben Simmons — Sixers GM Elton Brand tells ESPN: "No issue…We're not sweating this — end of story." https://t.co/QaOazl8aPB

“No issue,” Brand told ESPN on Monday. “I have a great relationship with Ben and [his agent] Rich [Paul] and we expect him to be a Sixer for a long time. He has taken interest in chatting with some of the game’s all-time greats and we’re supportive.

“I had brief dialogue with [Lakers GM] Rob Pelinka, who I’ve known for a long time, but nothing is planned. Our collective focus is on making a postseason push. Again, we’re not sweating this — end of story.”

NBA spokesman Mike Bass told ESPN on Monday that, “The league office is looking into whether any contact took place between Ben Simmons and the Los Angeles Lakers that violated NBA rules.”

The Lakers issued a statement on the matter Monday: “To clarify, last November the 76ers sent an email to the Lakers asking if Ben Simmons would be able to speak with Magic Johnson about his Hall of Fame playing career,” it read. “After receiving the email request from the 76ers, Lakers General Manager Rob Pelinka contacted 76ers General Manager Elton Brand and informed him that Magic could only do so if the 76ers gave him pre-written approval. That was the end of the matter.”