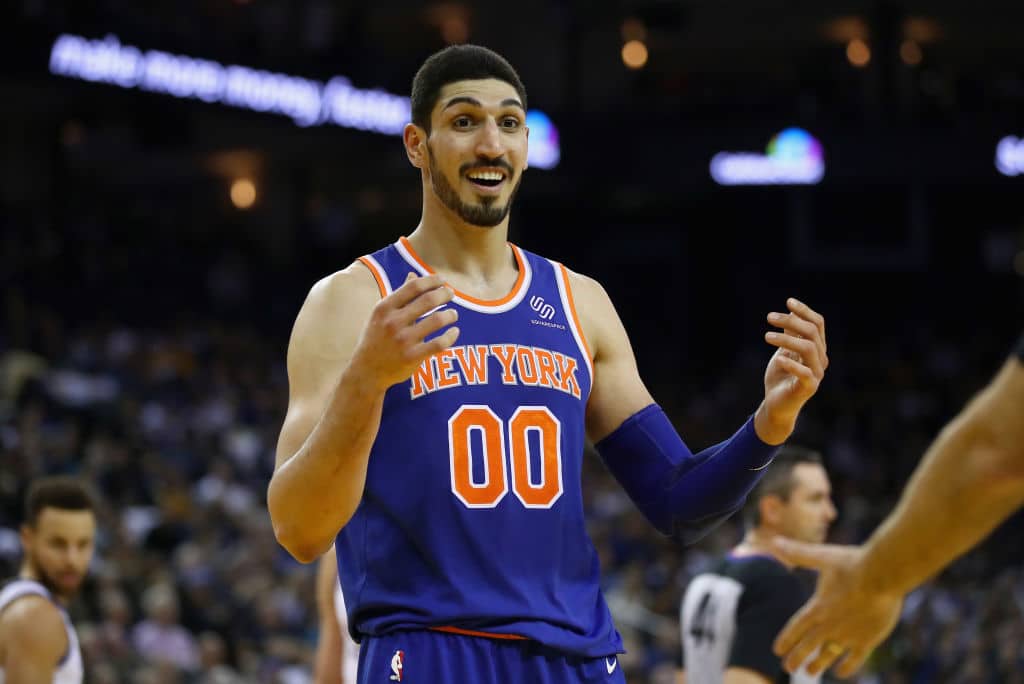 Kanter thinks fans are “wondering what’s going on” with the League’s lack of competitive balance.

Enes Kanter on the East: 👎 pic.twitter.com/kyln8vrr9O

The New York Knicks’ big man has long railed against the creation of super-teams.

What do you think about the Warriors?

Kanter: “I’ve got no problem. They didn’t do anything illegal. You look back in the day with what happened with Chris Paul, the league didn’t let him go to the Lakers. Now, I feel like they’ve kind of ruined the league a little bit because most people say, ‘Oh, Golden State is going to win anyway, so I’m not going to watch the games anymore.’ But the ratings are pretty good, though. Still, the fans are wondering what’s going on.”

So what do you mean by “ruined the league?”

Kanter: “East and West, look at the East. East is like AAU teams, and the West is like, the league.”