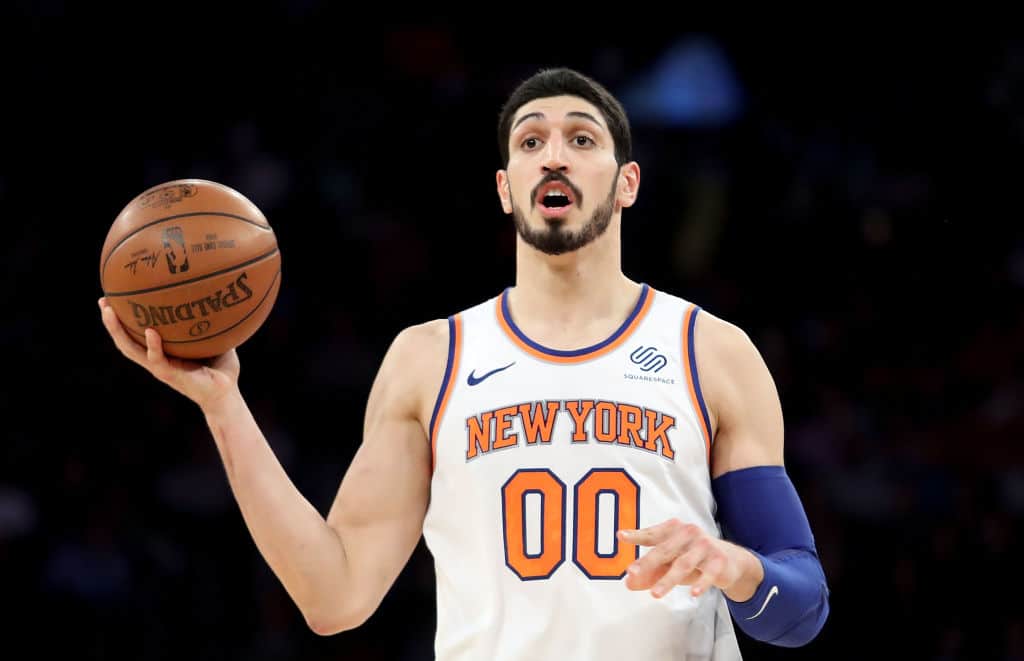 New York Knicks center Enes Kanter laments that, in his mind, the NBA really only has five teams worth paying attention to.

Kanter says the formation of Super Teams is “kind of ruining the league.”

ICYMI: A new Aaron Torres Sports Podcast- with special guest Enes Kanter!! He talks about his time at Kentucky, getting screwed by the NCAA, playing with Durant/Westbrook in OKC, where he was when KD left Golden State + his early thoughts on Kevin Knox https://t.co/WPMCUJ2TTk pic.twitter.com/cVcMWlpupj

The big fella argues that the title contenders next season are a foregone conclusion.

Per the Aaron Torres Sports Podcast (via ClutchPoints):

“They are very good. Very, very good. They aren’t doing anything illegal. It’s like a chess game. They move the right piece and then they win it all. Everybody else can do it.

“[But] I wish it wasn’t like this. Because now you can already [know] who’s going to win. Who’s going to play for the East-West Championships [conference finals].

“That’s it. There are five teams, Houston, Lakers, Golden State, Philly, Boston, that’s it. And there aren’t any other teams.

“People are saying they’re kind of ruining the league, I can a little bit agree with that.”

Related
DeMarcus Cousins on Critics: ‘I Don’t Give a F**k’