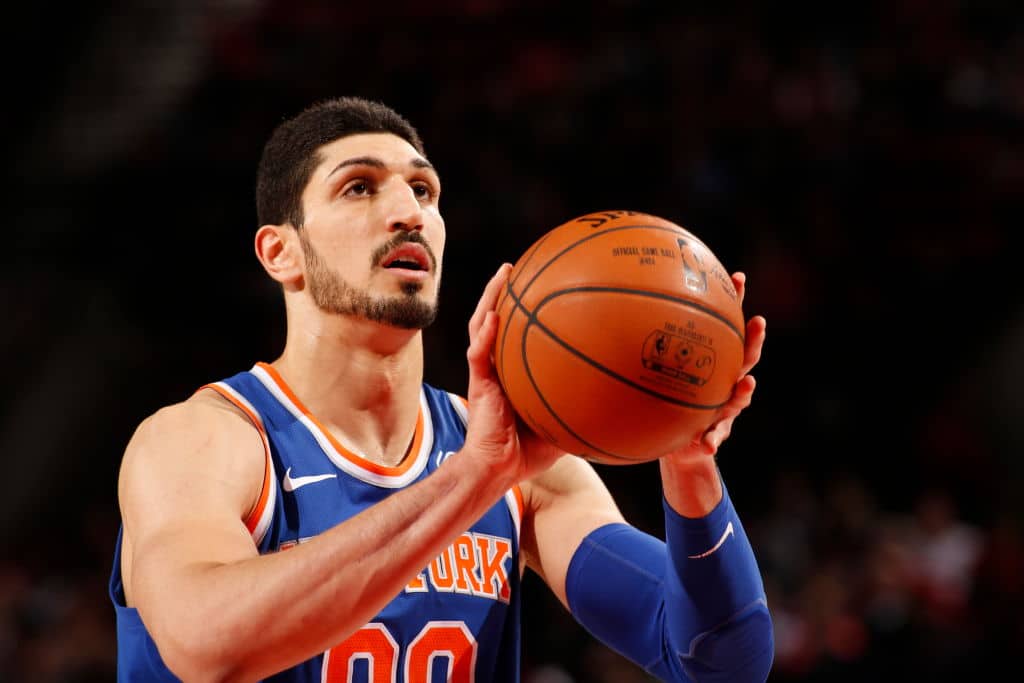 New York Knicks center Enes Kanter is an outspoken critic of Turkey’s political leadership, and as a result, he thinks “American companies are scared” to bring him onboard as an endorser of their products and services.

The big fella is hiring the powerful agent Mark Bartelstein to see if he can help drum up some commercial business.

Why Enes Kanter is hiring a new agent https://t.co/3raE4atUgM

Kanter’s sole endorsement deal is with the trading card company Panini, and he’s expected to opt into his $18.6 million player option with the Knicks for next season.

“At least I’ll make some money off the court,” Kanter said. “Because outside of the court I make almost no money because of all the Turkish stuff because American companies are scared to give me a contract.

“So right now if I have an agent maybe I’ll get some Chinese shoe deal company deal or something, or Filipino or whatever.”

Kanter has said that Knicks games are blacked out in Turkey because of his association with the team. Labeled a traitor as part of the opposition to the government, Kanter had his passport revoked and is not allowed to speak with his family. His father was forced to publicly disown Kanter after being imprisoned.

“I’m a basketball player; I need to somebody to represent me,” Kanter said. “I heard some good things about Mark. We’ll just wait and see.”