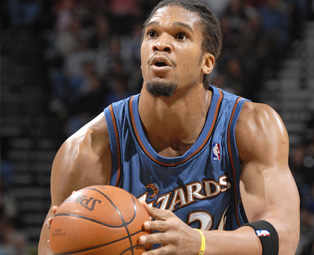 “That’s some nappy-headed hos there.” — Don Imus, on the Rutgers women’s basketball team.

So, that’s what he thinks of our women.

Reduced to terms and phrases uprooted from slavery. For Don Imus to refer to the women of the Rutgers basketball team as “nappy headed hoes” is not only ignorant, it shows a connection to the centuries of racism and sexism that have been prevalent in this country. It is not a simple slip of the tongue, nor him being politically incorrect, which for some reason is what many people are claiming. While his words were degrading, demeaning and outright disrespectful, they were also doused with his true feelings.

Imus’s reputation has always been that he says what he means and means what he says. That’s his unspoken mantra. What he prides himself on. He’s a cowboy and a rebel with in-your-face-commentary and he doesn’t hold back. You think this was an accident? “Out of the abundance of the heart, the mouth speaks.”

Imus is a member of the National Broadcasters Hall of Fame and one of the nation’s best-known radio voices. He is also notorious for his caustic style and politically incorrect verbal tirades. His show is syndicated to millions of listeners through more than 70 stations around the country. These are not the words of some out-of-work comic, as Rev. Al Sharpton pointed out — this is an established figure allowed to use the airways for his sexist, racist remarks. He has an obligation because of his apparent popularity to be somewhat guarded in what he says.

Even if those are his true feelings, it is completely idiotic to voice them on air. If the rhetoric in his little boys club atmosphere can escalate faster than his thought process does then he definitely doesn’t need to have a show. From what I’ve seen on his unscripted show, he can be childish, petulant and impulsive. I guess that’s what is entertaining to some people. I am a firm believer in freedom of speech, but with that comes a responsibility and consequences.

The question remains, what exactly made him think that these women are so beneath him that he could spit on them and disrespect them in any manner he chose and not feel any repercussions for his actions? It’s almost as if he deemed this type of “humor,” as he called it, as acceptable.

Upon further research, I discovered exactly why Imus must have felt that he could get away with saying anything his heart desired. This is not the first time he has publicly made some type of racial insult on his show. He actually referred to Sen. Barack Obama as “that colored fellow.” In addition, he called award-winning journalist Gwen Ifill of PBS a “cleaning lady” and referred to columnist William Rhoden of the New York Times as a “quota hire.” According to a November 20, 2001, Newsday article, Imus’s sports anchor Sid Rosenberg said on the air: “Listen, one of these days you’re gonna see Venus and Serena Williams in Playboy.” Imus replied, “You’ve got a better shot at National Geographic.” Rosenberg also referred to Venus Williams as an “animal.” On the November 12, 2004, edition of “Imus in the Morning,” Rosenberg referred to Palestinians as “stinking animals” and said, “They ought to drop the bomb right there, kill ’em all right now.

Since his Rutgers statements, Don Imus has been quoted as saying “our agenda is to try to be funny and sometimes we go too far.” There is not, however, a drop of humor in any of those statements. They are insulting, laced with hatred and somewhat indicative of a superiority complex.

It’s always interesting to me how someone can let their true feeling show, then after public outcry issue these statements completely denouncing everything that they said. I guess upon further reflection, Imus came to the realization (two days later) that his remarks were, in his words, “insensitive, ill-conceived, thoughtless and stupid.” In addition, he would say “what I did was repugnant, repulsive and horrible.”

Well, I definitely agree with him there, but that doesn’t excuse him in any way. I’m glad he acknowledged it, but I do find it quite interesting that he wants to now speak personally with each and every member of the Rutgers women’s team and apologize to them and their families. Would he have felt all of this sorrow and embarrassment if nobody said anything about it? That’s like asking if Michael Richards would have been so deeply saddened and regretful for his words had that person not recorded his racist rant on their camera phone. Of course Imus wouldn’t have, but now, since it has been brought to forefront and there is a public outcry for his head on a platter, now he’s so sorry? Please.

The sad thing is, I respect a lot of the work that Imus does. In my opinion, he is a great philanthropist. He has raised money for the Center for the Intrepid to rehab our men and women injured in the war. His tireless efforts to support kids with cancer and their families, as well as his work toward raising money for sickle cell anemia research, have been well-documented. I read about his Imus Ranch and I think its phenomenal. However, one thing has nothing to do with the other. As a philanthropist I think his work is great. As a talk show host, I think his time should be up.

I agree with Rev. Al Sharpton that Don Imus should be fired. It’s not enough for MSNBC to simply distance themselves from his comments and say that his views are not those of MSNBC. Or for WFAN to issue a statement promising to “Monitor the program’s content” or calling his comments “unacceptable.” Angela Burt Murray of Essence magazine called on Imus’s bosses to take a harder stance over his “unacceptable” remarks, then went on to say, “It needs to be made clear that this type of behavior is offensive and will not be tolerated without severe consequences.” In essence (no pun intended), if they are not part of the solution, they are part of the problem.

I understand that “Imus in the Morning” is produced by WFAN Radio, but it is simulcast by MSNBC and CBS radio, which gives them the power and capability to pull the plug on him if they choose. If they don’t, they are saying that it is acceptable for him to say the things that he says. Furthermore, they are saying that they condone his words and don’t view them as being worthy of being castigated.

Yesterday it was announced that Imus would be suspended for two weeks, but I have a problem with that as well. Would they have suspended him if there had not been this massive public outrage? This not being the first racial insult he has thrown on air, how many chances does he get? Imus has made it a pattern to make disparaging, hurtful, insulting, hateful remarks. Needless to say I have heard enough to come to the conclusion that it is time for him to go.

Bryan Monroe, President of the National Association Of Black Journalists, stated, “What [Imus] said has deeply hurt too many people black and white male and female…his so-called apology comes two days after the fact, and is too little, too late.”

I couldn’t agree with him more.