Envelope opening is more fun than a Conference Final game 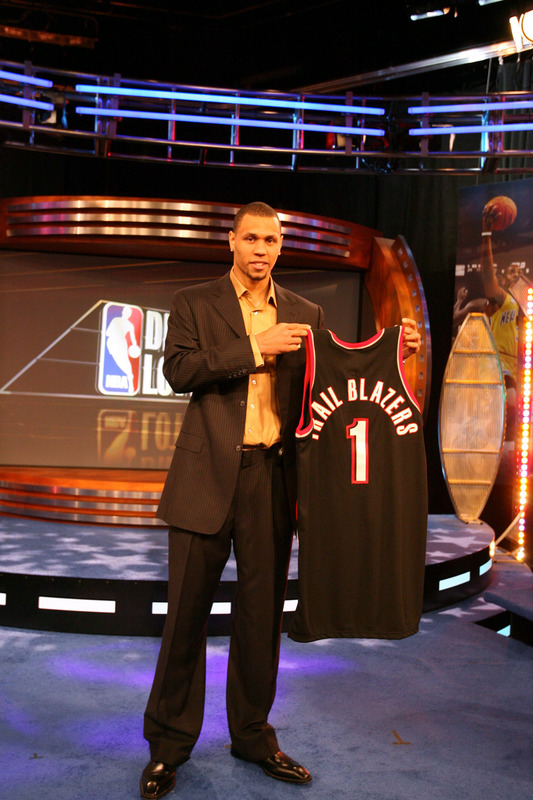 The Utah Jazz were down 2-0 to the Rockets heading home for game 3, and things turned out fine for them. This time, it’s not as easy as just winning home games and then looking to steal one on the road. That is still the plan, but these are the Spurs not the Rockets. Cub will have his game recap later today. The lottery was much more interesting. San Antonio isn’t even selling out the arena.

Lang followed the lottery live as it happened. Forgetting all of your team allegiances for the moment, this is the best thing that could have happened to the NBA. The teams with the three worst records carried their bad karma from tankology ‘07 with them to the lottery. Remember the game where Michael Redd was unstoppable for 3 quarters and then wasn’t allowed to touch the ball in the fourth? I do. How about Boston holding Al Jefferson and Paul Pierce out? Now they’ve got Doc coming back without the quick fix once in a generation franchise savior. Memphis? Their plan was “Hey let’s see how Toney Barone does. We can’t win in the West anyways.” Is Larry Brown still coming to town? He doesn’t have his David Robinson to allow him to get the credit for the quick turnaround.

But enough about those losers. I know many of you are waiting with baited breath for the Bill Simmons column about how cursed the Celtics are and that they will never be good again. As am I. But the Red Sox own baseball right now, after a small run of bad luck for most of a century. Things should even out in life, and that seems to be happening. Celtics fans are just going to have to live with their glorious past of Russell, Bird, Cousy, all the history and banners. Not the present/future though! Good luck with all that.

Lang covered one of the big winners of the night, the Atlanta Hawks. Congrats to him and Hawks nation for not only keeping the rights to what is now the 11th pick, but for landing in the top 3 as well. Many options.

Seattle fans, your team has been stuck in NBA purgatory for a while. Getting into the playoffs and making a little noise at the very most. Never being so terribly bad as to be accused of tanking. When Ray Allen started having injury problems early in the season, I begged for him to take some time off. According to my research, that was on December 7th. But the Sonics didn’t exactly go into tank mode. Rashard Lewis was gunning for a mega contract and got them more wins than they needed at the end of the year. Seattle deserves this.

And finally, Portland… Trail… Blazers. We had a special guest on SLAM radio that predicted they would win the championship. He must have meant the lottery. Back to back rookie of the years? Not a bad foundation.
Congrats to all the Blazer fans out there. Henry Abbott of True Hoop fame – A Blazer fan – takes over espn’s basketball section, and now the Blazers are winning the lottery? Hmmmmmmm…

The Knicks didn’t get completely fleeced by the Bulls (this year) and that’s almost as good as winning a championship the way standards have been dropping over there.

Alright, no games are being played tonight. The LOST two hour finale is on. At this time tomorrow, our collective minds will have been blown. In 12 hours, there will be fifteen minutes until the show starts. I am mentally there already. Today is a holiday.