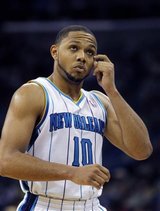 Eric Gordon, currently nursing a knee injury that was more serious than originally thought, is already thinking about his impending free agency.

Gordon will be a restricted free agent this summer, and the Indiana Pacers are one of the teams that he could see himself signing with. He tells the Indy Star that playing in his hometown would be pressure-packed, but a fun adventure nonetheless:

Former North Central High School and Indiana University star Eric Gordon will experience free agency for the first time in his four-year NBA career this summer. The soon-to-be restricted free agent has no idea where he’ll play next season, but he knows his hometown team, the Indiana Pacers, is on the list of teams he finds intriguing. The New Orleans Hornets will be able to match any offer made to Gordon this summer.

“It’s going to be interesting,” Gordon said Tuesday. “It’s all about whatever happens, happens. Coming back here would be a lot of pressure, but I think it would be good for the fans. We’ll see. You never know where this summer will take me.”

Will the Indiana Pacers offer big-time money to Eric Gordon, especially given his tendency to get hurt (he’s only once played more than 70 games in his four seasons in the NBA)? Only time will tell, of course.

So, to recap: the New Orleans Hornets, an abominably bad team with a shaky and controversial ownership situation, lost a future Hall of Famer (Chris Paul), a solid big man (David West), and might now be losing another All-Star caliber talent in Eric Gordon. Amazing. 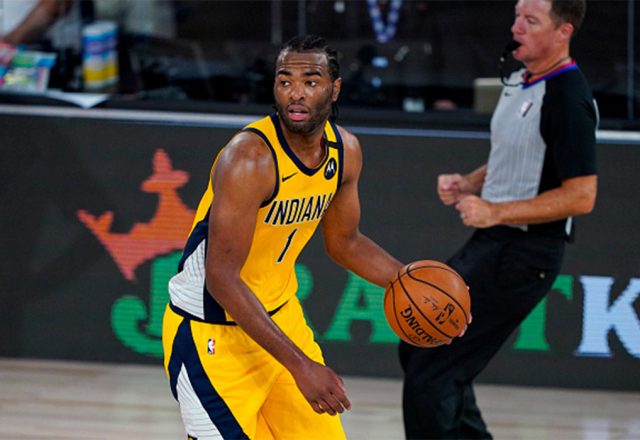