Erik Spoelstra: ‘This is a Really Important Summer for Dion Waiters’ 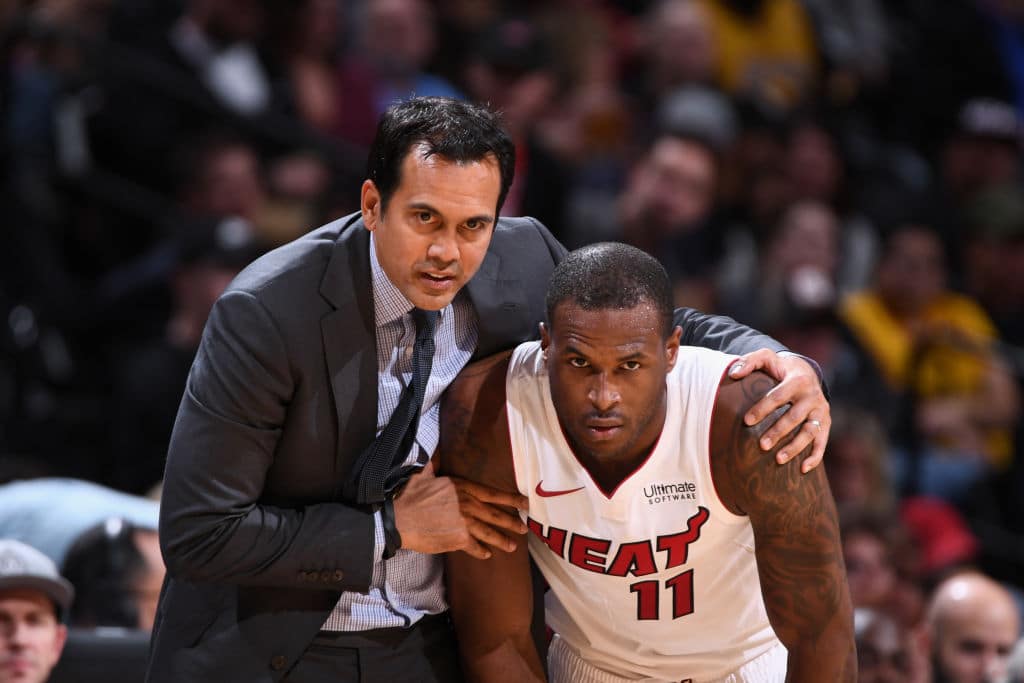 Dion Waiters underwent a dramatic physical transformation this summer, heeding advice from Miami’s braintrust that he simply had to get in better shape.

The 27-year-old guard struggled in his return last season from a January 2018 surgery on his left ankle.

Per The Miami Heat:

“This is a really important summer for Dion Waiters,” Spoelstra said [shortly after last season ended for the Heat without a playoff berth]. “He’s healthy now. He feels good. He has to work. The next five months, he has to put in a body of work that changes his physique that gets him down to that optimal weight and body fat, which he was not at at the end of the year.

“If he’s there the first day of training camp, he’ll have the role and impact that he’s looking for. If he’s not — Pat [Riley] and I are on the same page about this — he won’t. And that’s it. Because he can move the needle in this game when he’s physically right and in world-class shape. That’ll be the focus this summer. I have not forgotten about the player that he was two years ago. It’s time to get back to that.”

Riley shared a similar message in his season-ending news conference in April.

“There is no doubt that Dion Waiters is a level away from his maximum potential,” Riley said. “And he really has been playing this year on 1 1/2 ankles. I’m not making that as an excuse. The surgery that he had was extensive. It wasn’t just to fix one part of his ankle. It was absolutely something more than that.

“But from a conditioning standpoint, Spo and I are right on the same page, whatever number he comes back at, I think it’s going to be to his benefit and we’ll be able to see the explosiveness and he’ll be able to finish. He’ll get to the rim a little more. But he was impacted by his ankle. And while he weighed in at numbers that were acceptable, that’s where the tightening of the screws will come into play. And it won’t be a single screwdriver. I’ll be using one of those Black & Deckers. It’s go hard.”