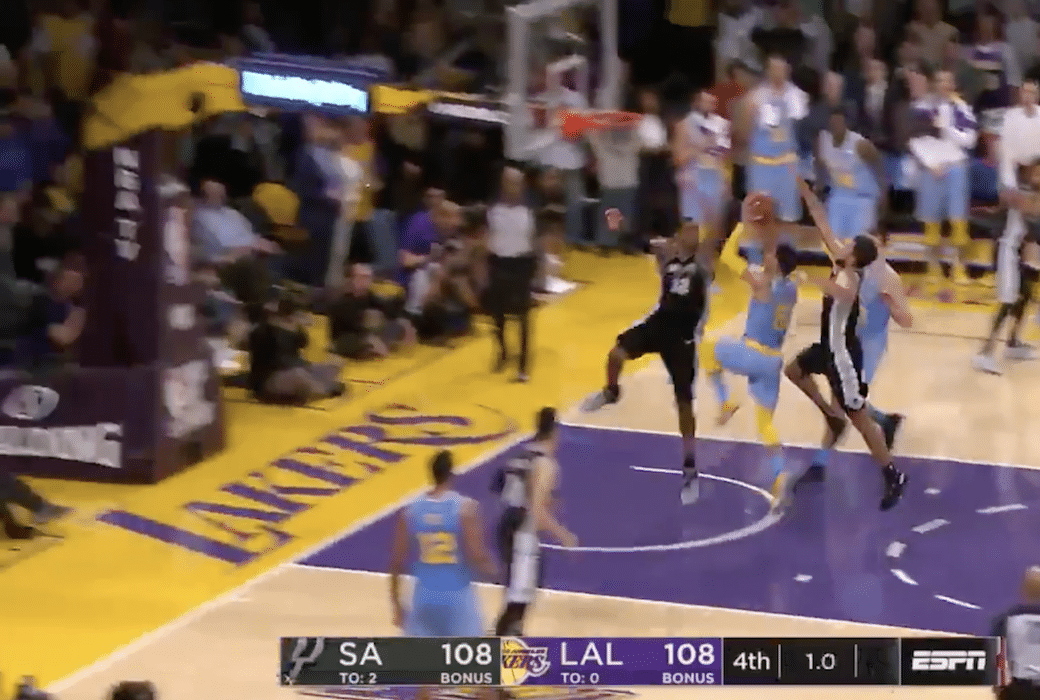 The Lakers and Spurs were tied at 108 with 4.8 seconds to go on Wednesday, and Los Angeles had the ball out of a timeout. Josh Hart drove to the basket and attempted what could have been the game-winning shot as time expired.

Only viewers at home missed what happened because ESPN accidentally cut to a commercial as he was attempting the shot.

Hart missed the shot, sending the game to overtime. If you’re wondering how regulation actually ended, here you go: