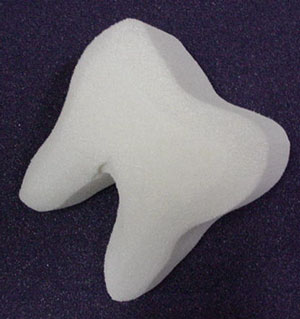 Monday! Yes! And welcome to Hell Week here at the SLAM Dome. That’s right, we’re grinding once again, cranking out the next issue of SLAM so it’ll be in your grubby little paws a few weeks from now. And it don’t stop.

To be totally honest with you, I’m going into a little bit of Operation Shutdown right now. This is my least favorite time of the NBA season, the week or so before the Playoffs start. The worst teams are benching their good players, hoping to plummet into a better lottery slot. The best teams are just trying to play without getting anyone injured. About the only thing worth watching is the Playoff race out West, where the Lakers and Clippers are clinging to their Playoff spots as Golden State and the Hornets breathe down their necks.

So we’ll keep an eye on that, as everything else enters cruise control. And I’ll post here every day this week, as we all get set to enter our playoff push.

• A few people emailed me last week about ESPN Radio host Colin Cowherd, who asked his listeners to simultaneously attack the servers of the website thebiglead.com. They did, and their traffic knocked thebiglead.com off the internet for nearly two days. ESPN publicly addressed the problem on ESPN.com by having their ombudsman write a no-brainer column about how this was the wrong way for an ESPN Radio host to act.

(By the way, what exactly is an “ombudsman”? According to ESPN.com, the ombudsman is “the public’s representative to ESPN, offering independent examination and analysis of ESPN’s media outlets.” Which is interesting, because their last ombudsman, George Solomon, wrote monthly columns as a representative of the public and pretty much nothing has changed there as a result of those columns. There would always be something they didn’t handle correctly, they’d always run quotes from an ESPN exec saying that they wish they’d handled things differently, and then everyone would move on. So, rather appropriately, ESPN seems to treat their official “public representative” the same way they treat the rest of the public: They ignore them and keep on making money doing whatever the heck they want to do.)

I don’t count myself as a listener of sports talk radio. I sit at a desk in an office all day, so there’s not really any opportunity for me to listen to sports talk radio. But I don’t feel as though I’m missing out on anything by not tuning in. In a way, SLAMonline.com is what I imagine sports talk radio to be like. We throw out topics, we give our opinions, you guys respond, there’s a healthy back-and-forth. The times that I have listened to sports talk radio, there’s usually a lot of yelling by one of the hosts. This must be how they attempt to generate excitement, because it’s not like listening to someone in a booth speaking into a microphone and expressing their thoughts is going to get anyone fired up otherwise. It would be like IF I ONLY STARTED TYPING IN CAPITAL LETTERS! DOES THAT GET YOUR BLOOD BOILING? The hosts also often seem to not care about the opinions of their listeners, wanting to mostly hear themselves ramble on instead.

A person who knows a lot about these kind of things once taught me that you should always fight up and you should never fight down. Because when someone smaller or less-known than you tries to pick a fight, they’re probably doing it because they want recognition they can’t get through the product they produce.

To me, responding to this Colin Cowherd guy seemed like fighting down. More than anything, it just seemed sad. So now Cowherd found an even smaller outlet to pick on, and he succeeded in shutting it down. (Which means either Cowherd actually has a substantial amount of listeners who take what he says to do very seriously, or thebiglead.com had a crappy server.)

Again, I personally don’t have a problem with Colin Cowherd because I’ve never listened to his show. (From what I can tell, ESPN Radio in New York chooses not to air his show.) For all I know, Cowherd could be a thoughtful host who provokes interesting discussion on the radio. If he doesn’t like SLAM, fine. If wants to use us as a punchline, that’s fine, too. If he wants to discuss why he doesn’t like SLAM, my email is on the top of every post I write.

The real loser in all of this is ESPN. As much as they like to remind us of how they’re the “The Worldwide Leader in Sports,” all too often they prove that they’re still just following the herd.

• We had Friday off, but I got a text message early Friday morning that SLAM was mentioned in Page Six, the New York Post‘s widely-read gossip column. I couldn’t imagine why we’d been mentioned in Page Six; I was just hoping that my marriage hadn’t ended without my knowing about it.

Anyway, it turned out to be a positive mention. As it reads…

“THE greatest basketball player you’ve never heard of” — that’s the tag line for “Release: The Jack Ryan Story,” a documentary about the only white player on Slam magazine’s list of “50 Greatest Playground Legends.” Post columnist Peter Vecsey called Ryan “the biggest waste of talent in the history of basketball.” A New York product, Ryan ran into trouble with drinking, anger and dealing with authority before turning his life around. Wall Street trader Aaron Bierman, who spent three years on the film, recently quit his job at JPMorgan to take “Release” to film festivals and make movies full time.

So, not so bad after all. The funniest thing about it to me is that we’ve now been mentioned in the Post and the Times in consecutive weeks. Who knows what would happen if we had anyone actually doing publicity for us.

• I wrote today about what video games mean to sports fans for SI.com.

• Hey, basketball is still being played, and we all know what that means: Danny Fortson! How do I love D? Let me recount the latest way, which was reported here over the weekend:

The Danny Fortson saga continues and this one is a doozy. Fortson canceled an appointment with the dentist today and was told he could not fly because the abcess in his mouth could explode in the air. So of course, for his safety, Fortson will miss the two-game road trip and be available for the Los Angeles Lakers on Friday, until he comes up with another excuse.

Love it! And it’s not just for Danny’s safety — how’d you like to be sitting across from him on the plane when his tooth exploded?

• Josh Smith was suspended for two games for cursing at Hawks coach Mike Woodson. Or, as I like to call it, playing too well while the Hawks are trying to lose games.

• Read two great hoops stories this weekend: First, Jack McCallum behind the scenes with the Suns and Mavs as they prepared for each other. Also, crazy to find out that my main man Robert Traylor was gone ’til November for a reason.