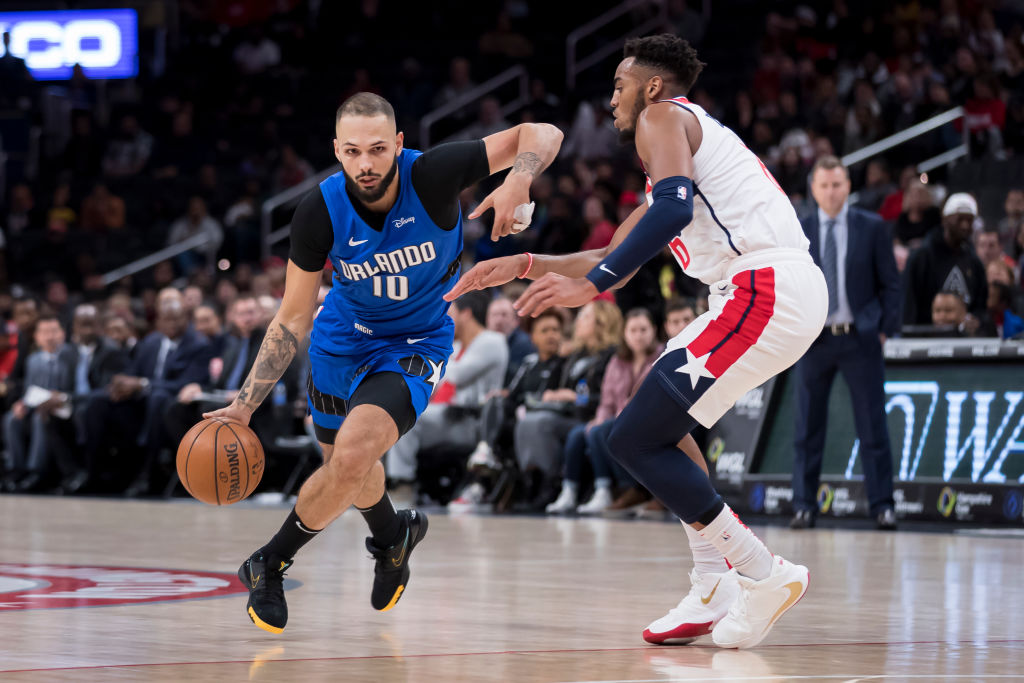 The Orlando Magic will have Evan Fournier back on board for the 2020-21 campaign as Shams Charania of The Athletic reports he intends to exercise his player option.

Fournier will lock in for $17 million when he does. Option decisions can be after when the transaction moratorium lifts on Monday at noon.

Fournier signed a five-year, $85 million deal back in the summer of 2016 and has now played the past six seasons with the franchise. He averaged a career high 18.5 points per game for the Magic, shooting .399 from beyond the arc.

The decision to exercise the player option could indicate the faith he had in securing a more lucrative deal on the open market. Given the less than expected salary cap and the lack of teams with cap space to make big free agent signings, it’s possible he wouldn’t have been able to exceed what he’s currently making.

That being said, the 28-year-old has been an essential part of a developing Magic squad and will now hit free agency in the 2021 offseason, where there are expected to be more eligible suitors.