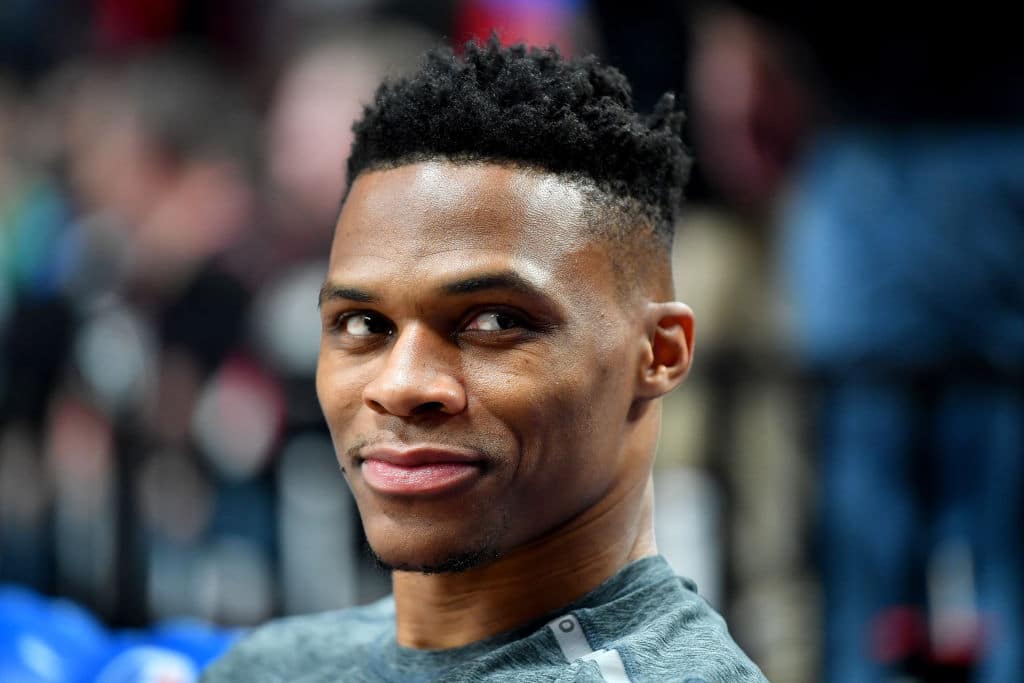 With Paul George suddenly out of the picture and bound for Los Angeles, Oklahoma City’s status as a contender has taken a hit. As a result, Russell Westbrook has reportedly opened up to the idea of a trade. Sure, Oklahoma City could look to trade some of the bounty it received in the George deal to acquire another All-Star to pair with Westbrook but it seems much more likely that the team will look to trade the 30-year-old and begin anew. Let’s take a look at some possible destinations for Westbrook:

The Pistons have perennial playoff goals and Westbrook would help them secure a second-straight postseason appearance. Acquiring Westbrook would allow Detroit to take some pressure off of Blake Griffin, who was one of the best players in the Eastern Conference last season before going through knee woes down the stretch.

Detroit’s level of interest in the point guard is unclear. Along with the Heat, the Pistons were considered to be among the top contenders for Westbrook. However, Vince Ellis of the Detroit Free Press hears that Westbrook’s contract makes the franchise wary of acquiring him.

Sending Andre Drummond ($27.1M) out would be the easiest way for the Pistons to acquire Westbrook. The Thunder could include Andre Roberson($10.7M) in exchange for Drummond, Reggie Jackson ($18.1M), and Luke Kennard ($3.8M) and nearly match up the salaries perfectly.

Oklahoma City may look for a third team to take Drummond in this scenario. The team could also take back Jackson, Kennard, Langston Galloway ($7.3M) and Thon Maker ($3.6M), though that kind of deal would put the Pistons over the luxury tax.

Orlando trading for Westbrook this offseason means likely giving up Aaron Gordon ($19.9M) and Evan Fournier ($17.2M) in addition to one other player. The team could also cobble together a package of either Gordon or Fournier along with Markelle Fultz ($9.7M), D.J. Augustin ($7.2M), and Mo Bamba ($5.7M).

Neither deal seems favorable to the Magic, which would explain why there were reports that Orlando was unlikely to have interest in bringing on the former MVP.

If the Thunder are going to give up Westbrook, it seems like they would want to shed salary. The Magic are not in a position to take back salary, though the two sides could always involve a third team to solve that issue.

The Heat are hard-capped, which complicates a trade if the Thunder are looking to shed salary. Other complications include Miami’s draft pick situation (the team cannot trade another first until 2025), Tyler Herro signing his deal (he can’t be traded for 30 days from the signing), and OKC already owning a pair of Miami picks (2021, unprotected; 2023; lottery protected).

While there may be barriers, both Westbrook and the Heat seem to have interest in the pairing. Miami appears to be the favorite to land the 30-year-old.

Within the salary-matching rules, Miami could offer Goran Dragic ($19.2M), Justise Winslow ($13.0M) and Kelly Olynyk ($12.7M) and take back Westbrook and Patrick Patterson ($5.7M). Would that kind of deal be enough for the Thunder? Would Miami balk at adding additional draft capital in addition to Winslow?

Miami may wait 30 days and include Herro in the trade, as OKC reportedly has eyes for the Kentucky product. The franchise could also agree to take off the protections on their 2023 pick or create other combinations of players for salary matching purposes, such as including Dion Waiters (Waiters Island back in Oklahoma alert!) or James Johnson to justify them sweetening the pot.

Houston is a long-shot destination for Westbrook because it would likely mean finding a taker for Chris Paul even if there were rumblings that the Rockets would consider a Paul-Westbrook-Harden trio.

The Rockets don’t have the draft pick shortage that Miami does, owning all of their future selections. While it seems unlikely, Houston could search for a third team to take Paul and reunite Westbrook and Harden.

Houston could come to the Heat-Thunder negotiation table and solve issues for both parties. Miami wants to add talent and win now but the team has limited assets to complete a deal. Oklahoma City is building for the future and additional draft picks will give general manager Sam Presti even more flexibility.

The Rockets have the ability to offer Chris Paul to the Heat, telling the franchise to simply match Paul’s salary with any combination of players of their choosing, and include draft picks to the Thunder to entice them to take back those salaries.

It’s not a likely deal; it would certainly involve James Harden signing off on it and may take a fourth team to get involved and take some salary off of OKC’s hands, though it’s an angle Houston has to be considering.