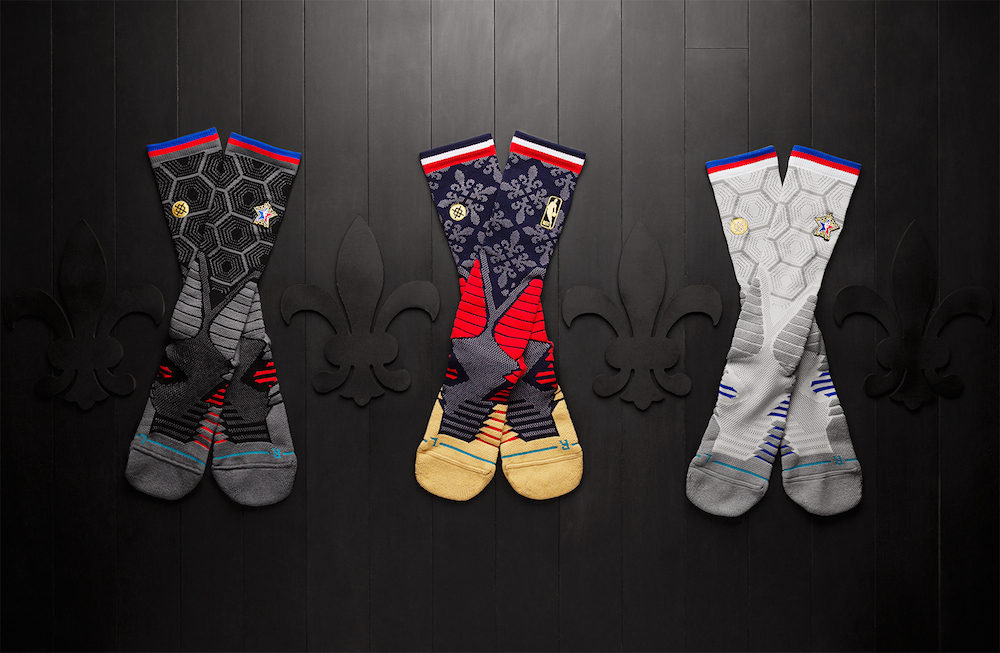 NBA All-Star Weekend is fast approaching, and finally we have our first look at the socks that will be on the feet of the All-Stars and the young guns for the Rising Star Game.

Below are the official photos from our friends at Stance Socks. 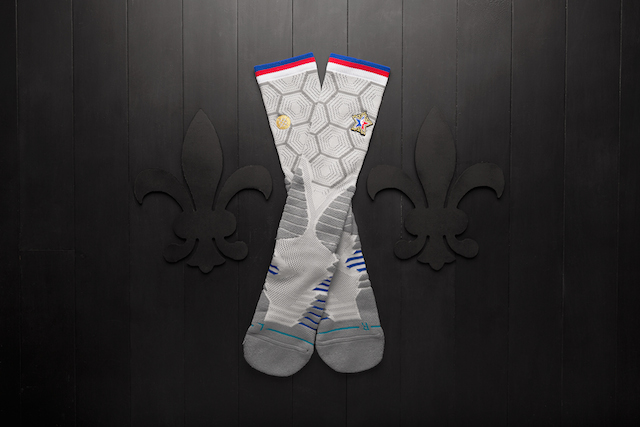 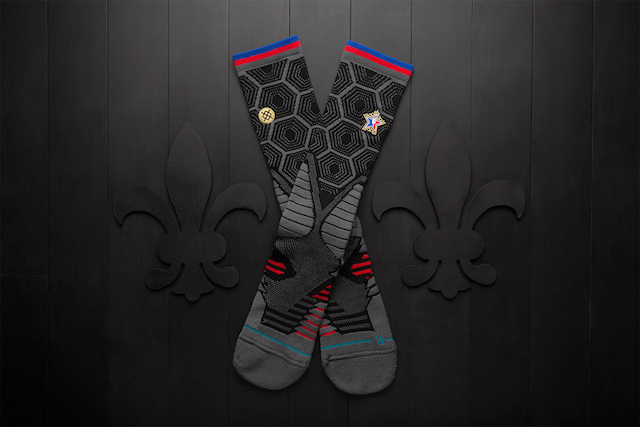 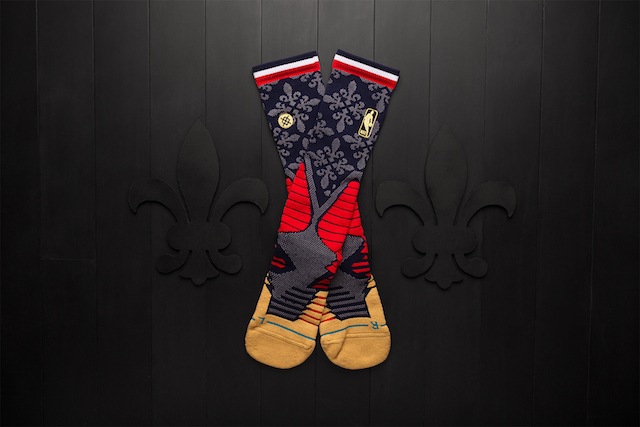 All three NOLA All-Star on-court socks draw elements of the All-Star Game uniform and the host city as design inspiration, and are available now ($26) at Stance.com/nba, NBAstore.com, Foot Locker, Lids and other global retail partners.

Here are more details on the individual socks, straight from Stance:

The Western Conference sock, which is black and grey, and the Eastern Conference sock, a complimentary grey and cool grey, are both colored to accentuate the uniform. The embroidered Stance logo on the front of each sock is gold, to represent New Orleans’ vivacity and splendor, while the NBA logo on the back is encased in a symbolic star. The cuff of each sock incorporates a ring of red and blue that pays homage to the uniform.

The All-Star Game is not the only event getting a commemorative on-court sock in New Orleans. On Friday night, during the BBVA Compass Rising Stars Challenge, rookies and sophomores will don special footwear. The blue, red and gold sock owes its look to the event’s uniform. The gold Stance and NBA embroideries serve as a reminder of the gravity of the event, while the Fleur-de-lis design nods to the host city. 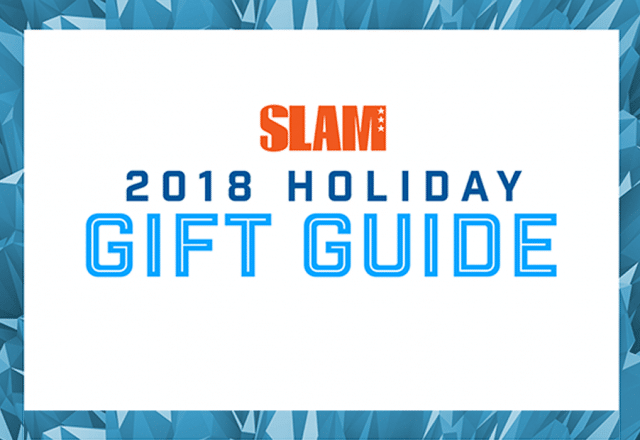 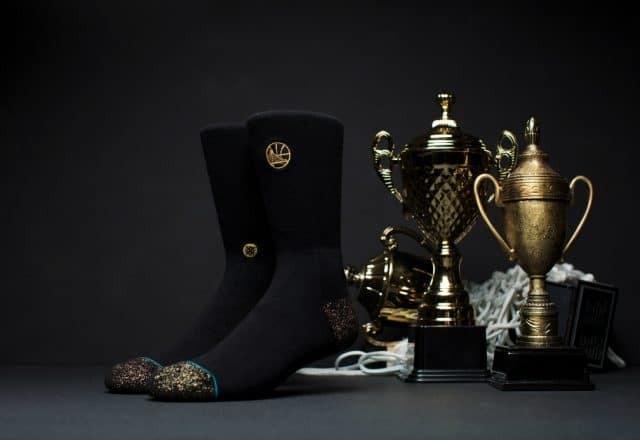 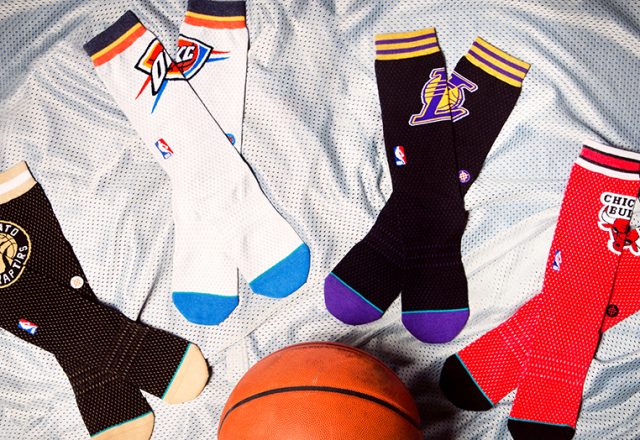 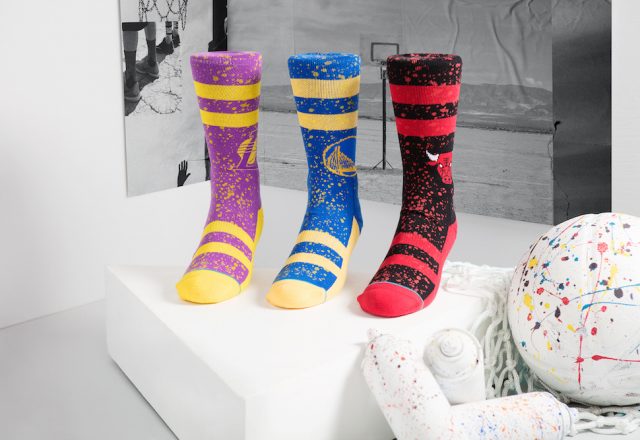