Expectations and the pressure to rise above 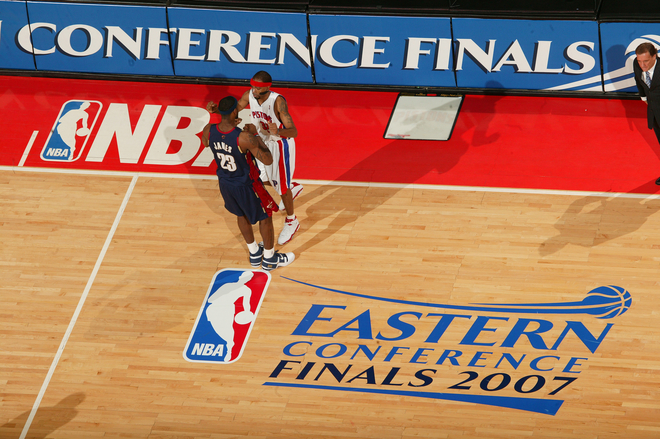 The Eastern Conference Finals resume tonight, a series that has been built up to be the team play of the Pistons vs. the brilliance of LeBron. Jake has the assignment. When the series shifts to Cleveland, we will have someone in the building to cover the games.

Expectations are high for Lebron, and the first game did not go well. I say this because expectations are tough to live up to. When your hype is at such a level, only an earth shatteringly transcendent experience is enough to please people. Yeah, LeBron nearly had a triple double and would have infact had that triple double if Donyell hit a wide-open three. But when your hype is at such a heightened level, the ante is upped. People don’t want LeBron to just be good enough. They want him to be GREAT.

Last night’s LOST season finale had all of that hype going into it. How did the creators of the show deal with the pressure to deliver us a piece of brilliance? I would say that if last night’s season finale were a basketball game, it would be Jordan’s last Finals game with the Bulls. It just felt bigger than a game or TV show. I was pacing around all nervous like I haven’t done since game 7 of the Mets-Cardinals NLCS. For one more sports analogy, it felt like the Aaron F Boone game again.

I am still in wide-eyed awe. I won’t spoil it for anyone, but if you want to comment on the show, please let’s all treat this as a spoiler amnesty zone. If you haven’t seen the finale yet, stay away.

Can LeBron rise above and beyond the occasion like the creators and writers of LOST did? We’ll find out tonight.

There, tied in LOST to the NBA once again. I don’t mean to. It controls me.