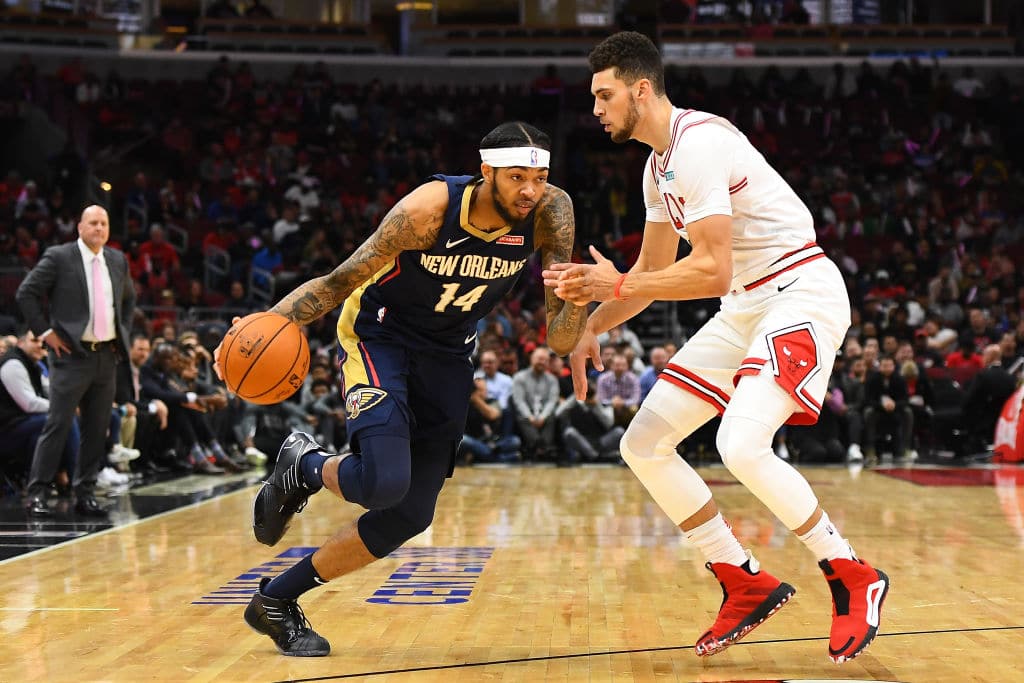 The New Orleans Pelicans and Brandon Ingram have talked about an extension, Adrian Wojnarowski of ESPN reports, but the 22-year-old figures to have an opportunity to boost his value with a solid 2019-20 campaign.

The Pels, Wojnarowski notes, are high on the forward and it’s not difficult to see why. Ingram’s tantalizing potential, coupled with his coachability, make him a high-ceiling, low-maintenance player.

After three inconsistent seasons with the Lakers due to injury issues and personnel changes, Ingram will get a chance to prove himself over the course of the season with a New Orleans squad dedicated to developing its young core.

If the Pelicans choose to forego extending the offer for a rookie scale contract extension before the October 21 deadline, they’ll take the risk that his value could be higher next summer.

Among the potential concerns for any team looking to invest long-term in the second-overall pick in the 2015 NBA Draft is his health track record. Most recently, Ingram’s 2018-19 season was cut short due to a blood clotting issue identified in the spring.

Ingram’s blood clotting scare was different than the one that ended Chris Bosh’s career but it did require surgery nonetheless.