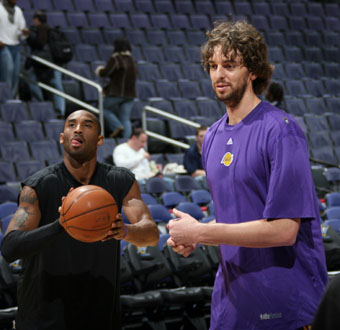 Before I jump into this week’s fantasy column, I want to bring in a very special guest to say a few words about the Giants improbable victory over the Patriots. If you’re not aware, I live in Philadelphia, and although that doesn’t make you an Eagles fan by default, I believe Mayor Nutter will be drafting that legislation shortly.

Sam wrote yesterday about how being a fan “doesn’t get any better than this” and while I’m happy for his personal triumph, I realize this Giants victory, only puts further distance between the Birds and our NFC rivals.

Here to pepper in some Philadelphia perspective on what will likely go down as the greatest Super Bowl of all time, is the biggest Eagles fan I’ve ever met, Charles Peach.

“Sunday night I was certain the last thing I wanted to see was the Pats victorious again, until I thought about how unbearable it would be to see the Giants win. Watching them take the lead I started imagining a slew of “My New Haircut” Giants fans struttin’ around in their Eli Manning jerseys running their mouths, and I felt the Buffalo wings starting to come back up. I’d like to feel proud for the NFC, particularly the division, but the pride will inevitably be replaced with hatred. The closest city for the Giants fans to talk sh*t is Philly. We’ll lose EVERY football argument against NFC East rivals as soon as they remind us how many Super Bowls we’ve won. Now there’s just more distance between us; Dallas 5, NY 3, DC 3, Birds 0.”

As a much milder Eagles fan I reminded Charles, “To the victor go the spoils.”

Charles shot me a horrified look and told me to, “Shove your quotation book up your *ss!”

We’ve all seen a game where a guy who normally spends 48 minutes stapled to the bench gets in, gets off, and earns a spot in a team’s rotation. Josh Smith already owns a starting spot in Atlanta but after his line Monday night he also earned a first round pick in your fantasy draft next season.

Smith had 19 points, 6 boards, 9 dimes, 4 steals, and 9 blocks while shooting better than 50% from the field. 9 blocks? Are you kidding me? 8 of them were recorded in the first half. That’s like Kobe Bryant suiting up and dropping 70 points in 24 minutes. People continue to question Smith’s attitude and selflessness, but when he has it going, he can fill up a stat sheet better than any player in the NBA. There are players who offer more value than Smith, but I don’t think anyone is more fun to own in the entire league.

Did you happen to catch that Boston/Minnesota game two weeks ago? The one where Kevin Garnett stripped Bassy Telfair at the top of the key and then dove on the ball to seal the win.

As soon as the buzzer sounded Garnett launched into a celebration like the Celtics had just clinched a trip to the NBA Finals. I’m not knocking the mans enthusiasm, and I understand he has a vested interest in defeating his old mates, but Kevin, take it down a couple notches. You’re at home against the worst team in the league and you needed a last second stop to seal the game.

The whole celebration sticks in my mind because those few minutes we witnessed him dancing around the court, waiving his jersey and shrieking like a Vilasa Raptor were the last time he suited up for a game.

He’s missed the Celtics past three with a reported ab-strain and Doc Rivers said on Monday, he’s going to miss the upcoming week as well. Garnett owners are already frustrated with the decline of his numbers this season, and it appears more DNP’s are in his immediate future.

T.J. Ford owners who had been pumping that 50 Cent and Eminem, “Patiently Waiting” track over the past 24 games got their boy back on Monday. Ford returned to the Raptors playing 16 minutes in the blowout victory over the Heat. It will take a while for his legs to get back under him after such an extended absence but it’s great to see him out on the floor. Double check your waiver wire to make sure he’s not available in your league. It’s going to be interesting to watch Sam Mitchell balance Ford and Calderon over the next few months. I think he’ll play them together quite meaning a guy like Anthony Parker is going to take a hit.

If the NBA were setup like a fantasy league, John Paxson would definitely have vetoed that Paul Gasol deal, or at least wrote a note to the commissioner in protest. I think the trade makes sense for both sides when you consider the long-term salary benefits for the Grizzlies but damn, on paper it’s a steal for the Lakers.

The fantasy effects wont be drastic because the most impacted players – Pau Gasol, Mike Miller, Rudy Gay – are already owned in your league. Their will be some waiver effects but nothing that jumps off the page like it would if Jason Kidd were dealt.

Juan Carlos Navarro stands to benefit the most from his friend’s departure. Marc Iavaroni is trying to get a smaller lineup on the floor in Memphis, and Navarro has seen an increase in tick whenever Darko or Pau has missed time. Common wisdom says that Darko should also benefit here, but that’s the same reasoning that got him selected #2 in one of the deepest drafts ever. I also like Hakim Warrick’s potential to step up in this situation but he’s another player that makes inconsistency their most consistent attribute and deserves a wait and see policy.

On the Lakers side of things the only impact I see in Pau’s arrival is a slice into the value of Ronny Turiaf. He’s been the guy stepping up while Bynum is out, but it’s clear he’s more suited for a reserve role than anchoring the middle for a contender. It’s possible Phil Jackson will put Pau at the 5 and keep Turiaf at the 4, and in that case he will retain some value until Bynum returns.

This week’s waiver picks are all about potential and opportunity:

Andrea Bargnani – The Dirk comparisons hurt, but AB has started to turn it on for the Raptors and stayed hot in Monday’s blowout over the Heat. Fantasy owners will have to wait at least another year for the rest of his game to catch up with his three ball but occasionally he’ll show signs of why he was a #1 pick. He’s playing well and remains a big part of the Raptors future, if he’s available, pick him up.

Jeff Foster – The one man rebounding machine is back in the lineup with Jermaine O’Neal sidelined and has been contributing for the Pacers. Jim O’Brien has been going with a big lineup and owners in need of rebounds need to look no further then Foster. His high field goal percentage is also very appealing and he will hold value until J.O. returns from injury. Also take a look at Troy Murphy who can provide more offense than Foster, with less efficiency on the glass.

Josh Childress – Childress stayed hot on Monday dropping 21 points, 6 boards, and 2 dimes against Philadelphia. He started this year in a funk and was likely dropped in your league at some point. Give your waiver wire a spin and make sure he’s not available.

Damon Stoudamire – Tony Parker is out beyond the All-Star break and Stoudamire is going to have to learn Pop’s system on the go in San Antonio. He’ll be running team ball and should be a solid source of points and assists. Mix in a couple steals and he will be a very hot pickup across fantasy leagues this week.

Marcus Williams – When your sports ticker reports, “Jason Kidd traded to…” run to the nearest computer and snatch up Marcus Williams ASAP. He could end up the “steal” (does the laptop joke still play?) of the fantasy season.

Chris Webber – If you can stash him on your bench, then it’s a good play. Owners in daily fantasy leagues need to be very careful dropping a contributor for Webber. Nelly’s lineup changes are like a juiced up Civic they’re so fast and furious, and even though he’s a projected starter at this point, keep in mind, it’s Nelly. The man used to drink Bud Light at press conferences while fielding questions from reporters, anything goes.

Nenad Krstic – There’s no telling what you’re going to get from Kristic this season. First of all he’s still recovering from injury, on top of that his conditioning coach could be Oliver Miller, and finally Sean Williams and Josh Boone have started a youth movement on the frontline in Jersey. Keep your eye on him and see how his minutes and numbers play out.

Out of this group, I like Bargnani and Childress as the only long-term solutions for a fantasy teams. Kristic also has that potential but his conditioning is a real question mark.

I don’t know what Chris Webber was thinking when he elected to join the Warriors. He was likely at home watching them play on TNT, and realized that Nelly doesn’t require any rebounding and thought, “Sign me up.” Charles Barkley called him the smartest and most underrated power forward of all time, so maybe he’s got something left in the tank. Either way, I’m going to let another owner find out.

I also wanted to let you guys know about a great site that allows fantasy owners to plug in specific categories their league operates under and get customized rankings for players. The site is BasketballMonster.com, and while no ranking systems will ever be perfect, it’s a major upgrade from standard ESPN and Yahoo top 50.

Not only are you able to check off or de-select categories you want filtered, you can also rank by full season, or recent games played. I’m not a huge fan of trading players based on overall rank but it’s certainly a valuable asset when dealing.