Fantasy Week 23: In Too Deep 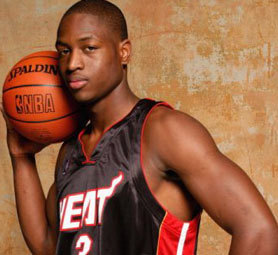 Any fantasy leagues that didn’t begin their playoff format last week are sure to get underway this time around. It’s week 23 and that means you’re either watching from afar, in the mix, or comfortable cruising to your league’s title. Even with the season winding down there are plenty of things owners can do to gain that necessary edge over your opponent. And listen, if for whatever reason your team has fallen off and you’ve become a spectator for your league’s playoff race, simply blame your misfortune on the injuries that have been passed around rosters faster then the Kim Kardashian sex tape. And for all you who are still on the hunt, tell your boys to squad up. Let’s jump into it.

I have been writing this column since the All-Star break and not a single week has gone by where I haven’t reported a season ending injury to an impact fantasy player. This week we bid farewell to Portland’s man on the block, Z-Bo. Randolph will be shutting it down for the rest of the season after getting surgery on his hand Friday. The irony of this situation is that on Thursday night Randolph had a career game going for an insane 43 points and 17 rebounds. While it was certainly a fond farewell, owners couldn’t have seen this coming. The injury occurred last Sunday and at the time was deemed so minor the Blazers didn’t bother reporting it to the media. I’m not one to dwell on conspiracy theories but perhaps Portland saw this as an opportunity to get their young guys more minutes and take a dip in the Oden/Durant tank. This will only increase the playing time for this column’s favorite mention, LaMarcus Aldrige. (Don’t sweat the dehydration thing last night, he should be a good start this week.) Owners should also consider picking up Travis Outlaw and Jamaal Magloire who should both see a spike in value with this latest development.

In other season-ending news the Bobcats’ Sean May threw in the towel – or should I say blankie – due to ongoing knee pain. May was solid when healthy this season but had missed 27 of the last 30 games and just couldn’t get healthy down the stretch. Jorge Garbajosa had two surgical procedures on his ankle and leg on Tuesday after that nasty spill during Monday night’s game. His recovery time has been slated at six months which, depending on how he responds to rehab, could put his health at the start of next season in jeopardy. He isn’t a keeper candidate but super industrious owners should take note when considering him for next year’s draft.

The playoff aspirations of Isiah Thomas and the New York Knicks took another hit on Saturday when it was announced they will chase the eighth playoff spot without Q. Richardson, who underwent back surgery on Thursday. Q’s back has been an issue most of his career and this latest setback, although frustrating to owners, isn’t supposed to be career threatening.

On Sunday there was also speculation that Mike Miller and Sam Cassell had also elected to end their seasons early. As of press time nothing has been officially announced about those two, but if they go down, look at Jason Hart and Tarance Kinsey to replace both guys. In the meantime, old head extraordinaire Kevin Willis is hollering for these youngins to toughen up as he is about to sign a 10-day contract with the Mavericks. At 44, Willis will be the oldest guy to ever hit the hardwood.

Keep your eye on Jermaine O’Neal and Paul Pierce this week as rumors continue to swirl about the two stars calling it a year due to injury. Pierce missed Friday’s game with an inflamed elbow, but after the game it was reported that this was an isolated incident and will not mean an end to his season. If he does go down for good, look at Gerald Green and Ryan Gomes, who should both be in for an increased role for the Celtics.

Did you happen to catch Jermaine O’Neal in action Friday night? The man was basically half stepping up the court and obviously in a lot of pain. I understand that O’Neal wants to help his team – and of course fantasy owners want him on the floor – but not if the line reads 10 points and 3 rebounds. That’s not what a healthy Jermaine O’Neal does. To take a page from Bill Simmons, we are witnessing a homeless man’s J.O. right now. The Pacers need to consider if securing the eighth seed in the East is worth jeopardizing their franchise player’s knee. For me it’s a no brainer, you need to sit that man down.

This late in the season the waiver wire is about as thin as Duquan “Dukie” Weems at the start of the fourth season of the Wire. But that doesn’t mean you can’t find a couple guys out there who can help your squad. When considering picking up a player make sure you take a look at the number of games his team has the upcoming week. For example, in week 23 the Magic and Clippers only play twice. This means people in deep leagues that are holding onto guys like Jason Hart or Trevor Ariza should weigh their options and strongly consider making a move for a player who can give them three or four appearances.

Owners that like to get their grown man on when it comes to the waiver wire should make power moves based on the remaining schedule and not just the week to come. In order to do this successfully, you have to take into account the total number of games a team will play for the playoff stretch. Take the Washington Wizards, for example; nothing about Brendan Haywood’s game will jump off the stat sheet but the Wiz Kids play 10 times over the next three weeks while Memphis plays just 7. Those three extra games, assuming he’s active for all three of them, could potentially push his value ahead of someone like Hakeem Warrick. I’m not saying you should automatically drop someone who plays less games, just take a close look at the numbers before making your move.

Owners looking to make a play in deep leagues should consider Juan Dixon (scoring), Antonio McDyess (rebounds, blocks), Tarance Kinsey (scoring), Walter HerrMann (scoring, rebounds) and Brevin Knight (assists). I realize these names aren’t going to wow you but if you combine some solid production with a favorable schedule, your team should be in for a boost.

If you need to make some space on your roster and ran out and picked up Peja, his return has been once again pushed back after an incident at practice on Friday. At this point it makes no sense for him to return to the lineup this season. I also recommend you part ways with Adam Morrison (playing time), Steve Francis (ankle), and David Lee (ankle).

As I am getting set to wrap this weeks column up I just got an email stating that D. Wade is planning to practice Monday for the Heat. Obviously this is much sooner then we expected to see Wade back in action and while there’s no telling how his shoulder will respond he is definitely worth picking up in case he is able to produce. Sheesh, the shakeups continue as Caron Butler has now declared he too will miss the remainder of the year with a broken wrist. Butler spoke about a possible return for the postseason depending on how deep the Wiz Kids can go but non-keeper owners should certainly cut their ties. What a mess! See you all next week.

As I am getting set to wrap this week’s column, I just got an email stating that D. Wade is planning to practice Monday for the Heat. This is much sooner then we expected to see Wade back in action; while there’s no telling how his shoulder will respond, he is definitely worth picking up, Sheesh, the shakeups continue as Caron Butler has now declared he too will miss the remainder of the year with a broken wrist. Butler spoke about a possible return for the postseason depending on how deep the Wiz Kids can go, but non-keeper owners should certainly cut their ties. What a mess! See you all next week.