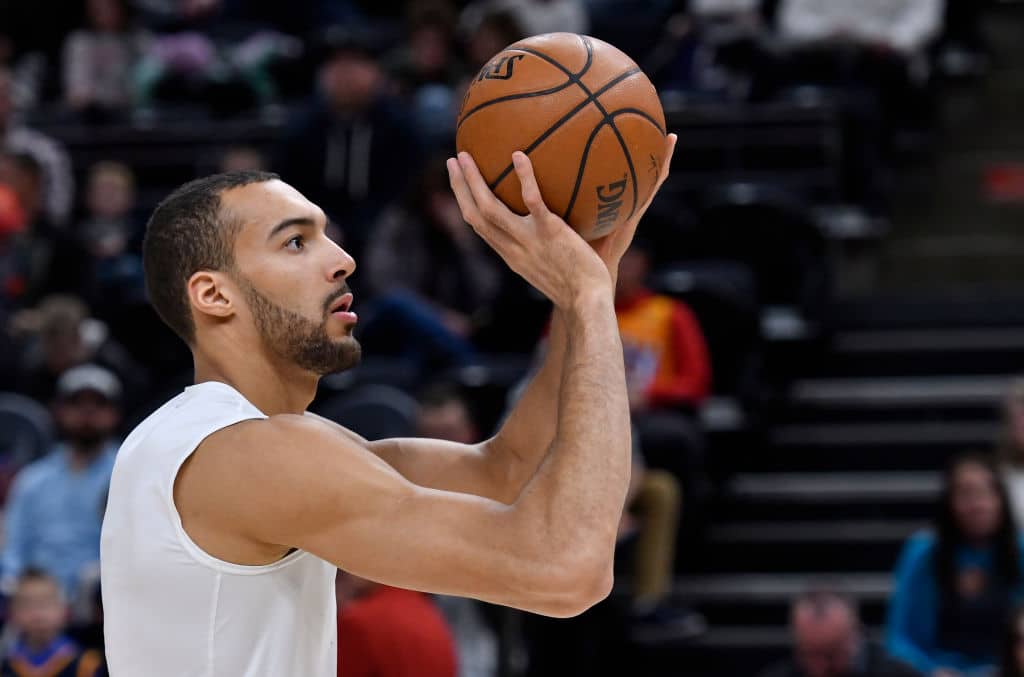 A teary-eyed Rudy Gobert told reporters in Salt Lake City that he felt “disrespected” by not being selected to the NBA All-Star Game.

Rudy Gobert on not being selected for All-Star game: “I feel disrespected.” pic.twitter.com/T65zARb5d4

Rudy Gobert gets emotional during this morning's shootaround while taking questions about being snubbed for the #NBAAllStar team. The video starts with him discussing a phone call from his mother during a "rough night". #teamiseverything #utahjazz #nba pic.twitter.com/7DwOpoqHys

Draymond Green, Andre Iguodala and Isaiah Thomas were among those who publicly mocked the Utah Jazz center for his emotional reaction to the snub.

“Obviously we all know how the league works, the direction the league is heading to,” he said. “I thought there was a chance I might not make it, but just surprised. I think it’s disrespectful. I feel disrespected. Disrespectful not only towards me but towards the team, towards the organization and towards the game.”

On disrespect toward the game, Gobert, the reigning Defensive Player of the Year, feels as though the coaches not selecting him as a reserve sends a poor message about the importance of defense.