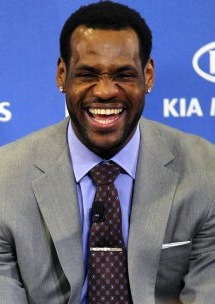 Manu Ginobili had a ridiculous year and would have easily cracked the Top 3 in NERD were it not for missed time due to multiple injuries. Manu put up a career-best 1.25 points per possession while using over 22% of the Spurs’ possessions. He was also just ahead of James Harden in terms of true shooting percentage at 66.8%, which includes free throws and the added value of a three-pointer over a regular field goal. In fact, Manu had the No. 3 efficiency rating this season at +4.9 which means that a league-average team would be expected to have a +4.9 point differential per game with him on the court. Only four teams in the NBA this year had point differentials above 4.9—Miami, Chicago, San Antonio and OKC.

The least NERDy player of the year award goes to Shawne Williams at -10.3. Williams shot 28.6% from the field and 24.1% from long range, scoring a dismal 0.84 points per possession. Williams only played in 25 games with the Nets before a season-ending injury and a trade to the Blazers. The least NERDy player with at least 1,000 minutes was a Bobcat, of course—Gerald Henderson (in fact the two least efficient players in the NBA were both Bobcats: Henderson and rookie Kemba Walker). Henderson scored just 0.99 points per possession, but the Bobcats players are mostly affected by their extremely poor defense, where as a team, they allowed 110.4 points per possession