‘Finding Big Country’: A story of basketball, fandom and heroes

The documentary Finding Big Country isn’t just about finding Bryant “Big Country” Reeves, the elusive former Vancouver Grizzlies center. It’s also about the concept of fandom and how sports fans cling to their childhood heroes for a lifetime.

This is exemplified by the documentary’s narrator and main subject, Kat Jayme. A filmmaker from Vancouver, she grew up watching the Grizzlies and Reeves became her hero. But the Grizzlies only lasted six seasons in Canada before moving to Memphis. And Reeves exited the NBA just as the Grizzlies bounced from Vancouver, retiring due to injuries that would worsen his life post-basketball had he kept playing.

But Reeves didn’t only disappear from the basketball world—he seemingly disappeared, period.

“When I was doing research [around 2014-15], I found in every single article about the Grizzlies it was like, ‘The only player that we haven’t been able to get a hold of is Bryant Reeves.’”

Jayme said the documentary’s development included two years of pitching the film for funding before she received a $100,000 grant that allowed her to form a small crew and really pursue the film. They built buzz for the documentary by hanging “missing” posters that feature Reeves in Vancouver. Furthermore, trailers for the film never actually showed Reeves, leaving it as a mystery to if Jayme had actually tracked him down.

Jayme recalls getting a text from a friend on line for the film’s premiere who overheard someone say, “Yeah, I don’t think she found him. She probably didn’t find him.”

That person, and others, were in for a surprise.

“During the premiere, the first time you see Bryant is when he sits down [in the film] and that reveal happens,” Jayme said. “It got the loudest cheer—it was as if everyone had found their long-lost childhood hero.”

(The film has been screened in Vancouver, Oklahoma City and Tulsa.)

So yes, Jayme does find Bryant “Big Country” Reeves—about halfway through her almost 43-minute documentary—on his estate in Oklahoma, where he’s lived since 2002 (the Grizzlies left Vancouver in ‘01).

Without spoiling too much, Reeves is nothing but accommodating to Jayme. He lets her rummage through his man cave as she pleases; at one point she even tries on a pair of his mammoth shoes.

“[The Grizzlies] were such a laughing joke here in Vancouver, and in the league at that time, and my goal was to really show the heart behind the team and with Finding Big Country, the heart behind Bryant’s story,” she said. 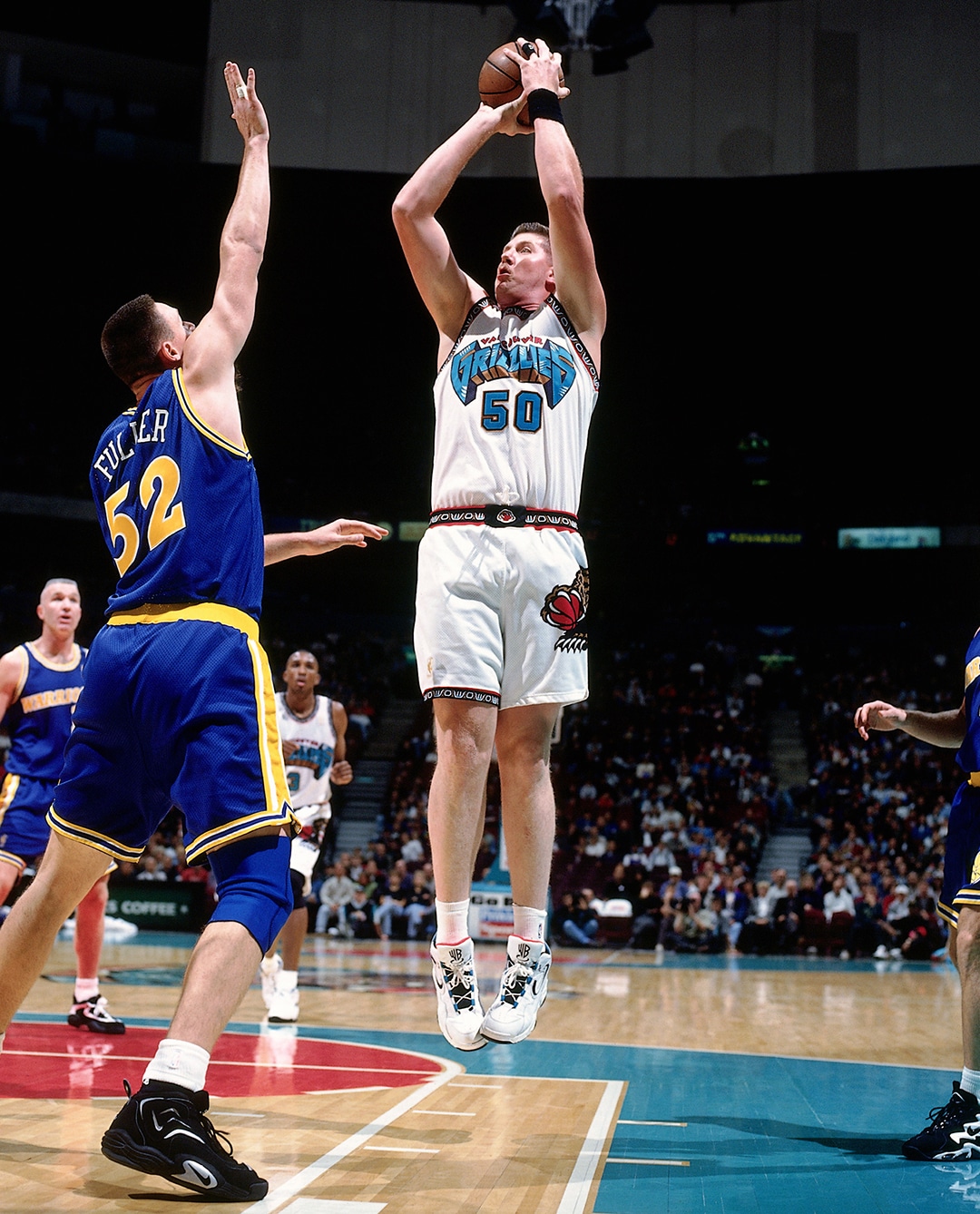 Reeves’ life post-basketball has been and remains that of a cattle rancher and family man who couldn’t be happier on his secluded estate. But that doesn’t stop Jayme from eventually playing one-on-one with the 7-footer on his personal basketball court. It’s one of the film’s biggest moments and sure to put a smile on anyone’s face—or even a tear. “Grown men have told me that they have cried during that scene,” Jayme said.

Finding Big Country is an emotional film for Jayme, too. She shares intimate details from her childhood and adult life, like a somber audio journal where she recalls getting cut from her university’s basketball team. But it’s there that the 5-2 filmmaker and her 7-foot subject really connect as reflections of the other. Both had their basketball lives cut shorter than they would’ve hoped, yet it allowed both of them to pursue new passions, whether behind the camera or with family and cattle.

“A lot of people actually say, ‘I don’t care about basketball, I have no idea who Bryant Reeves is, but I could relate to your story,’” Jayme said. “Even if you’re not a Grizzlies fan, or a die-hard fan, or even a basketball fan, I feel there are a lot of things that the film brings up that are universal.”

Jayme has noticed how the Grizzlies have returned to the minds of Vancouver’s residents over time. Her next project is a full-length documentary on the team that will allow her to explore them even deeper. She says her goal with Finding Big Country, as well as the next film, is to get an NBA team back in Vancouver.

Whether that’s at all feasible is yet to be seen. But at the very least, the city’s residents finally know where Bryant Reeves is, thanks to Kat Jayme.

“Nineties basketball nostalgia is a huge thing,” Jayme said, “and a lot of people remember Bryant Reeves, and also a lot of people wondered what happened to him. I think by the end of the film, you’ll fall in love with Bryant.” 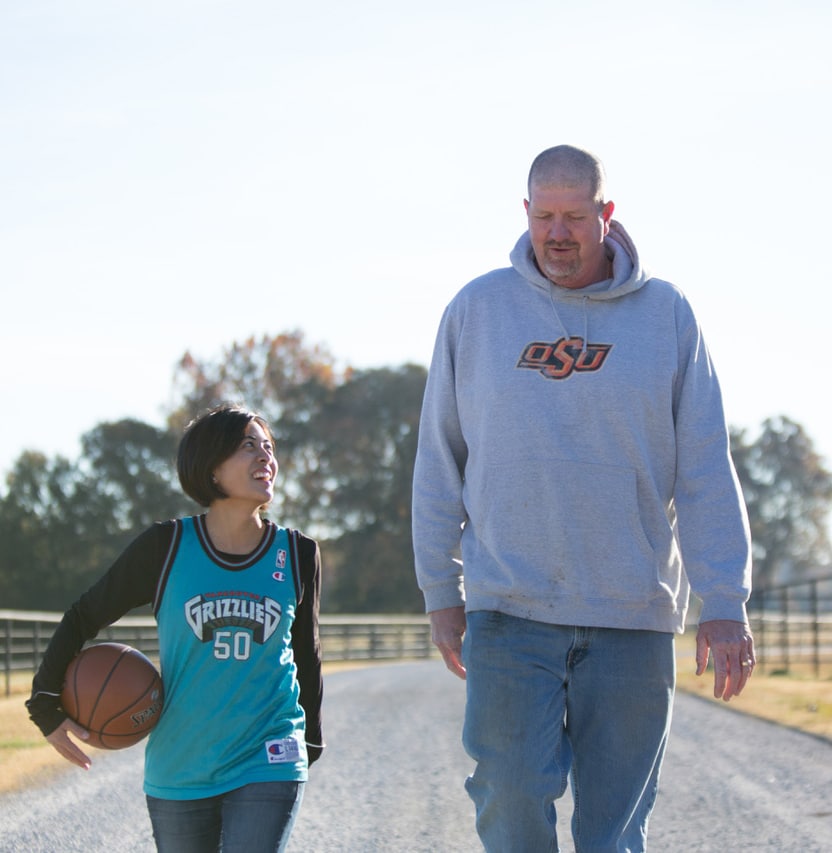 Finding Big Country is streaming now on YouTube. You can watch it at the top of this post.

Who Killed the Vancouver Grizzlies?