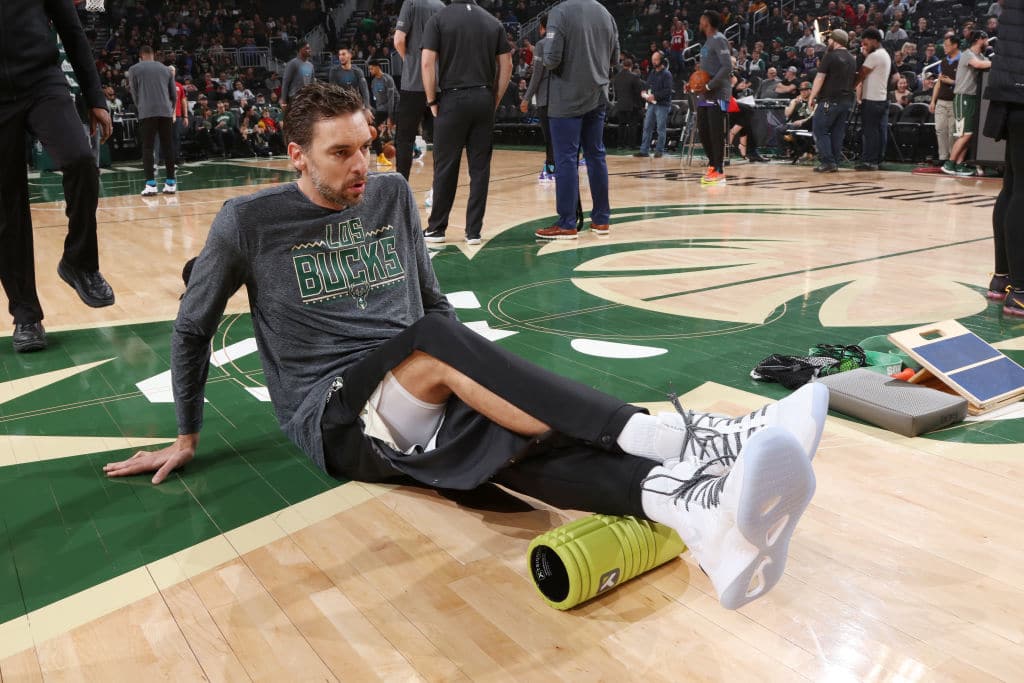 It’s been two months since the Bucks last saw Pau Gasol in action. Now, Shams Charania of The Athletic tweets, the veteran center has been ruled out for the remainder of the season.

Gasol’s arrival in Milwaukee after his release from the Spurs in March has been anticlimactic to say the least, he logged just 30 minutes for the Eastern Conference powerhouse before foot and ankle injuries spoiled his spring.

Charania wrote – and the team has since confirmed – that Gasol underwent surgery to repair a navicular stress fracture in his left foot. The procedure was performed by Dr. Robert Anderson.

Gasol had been dealing with foot injuries as far back as November and never got into a healthy routine in either San Antonio or Milwaukee. He’s expected to make a full return before training camp next fall.

Gasol averaged just 12.0 minutes per game in 30 contests across both teams this year, by far the lowest tally of his career, but he may not be ready to contemplate retirement just yet. In November, Gasol told Jabari Young of The Athletic that retirement might be something he thinks about in two summers.

It’s unclear if the disappointing 2018-19 campaign has changed the 38-year-old’s opinion.

Gasol, of course, is a free agent this offseason having signed a rest-of-season deal with the Bucks following his Spurs buyout. If he can rally back to full health this offseason, he could be a valuable and affordable depth piece for contending teams looking to shore up their frontcourt depth.