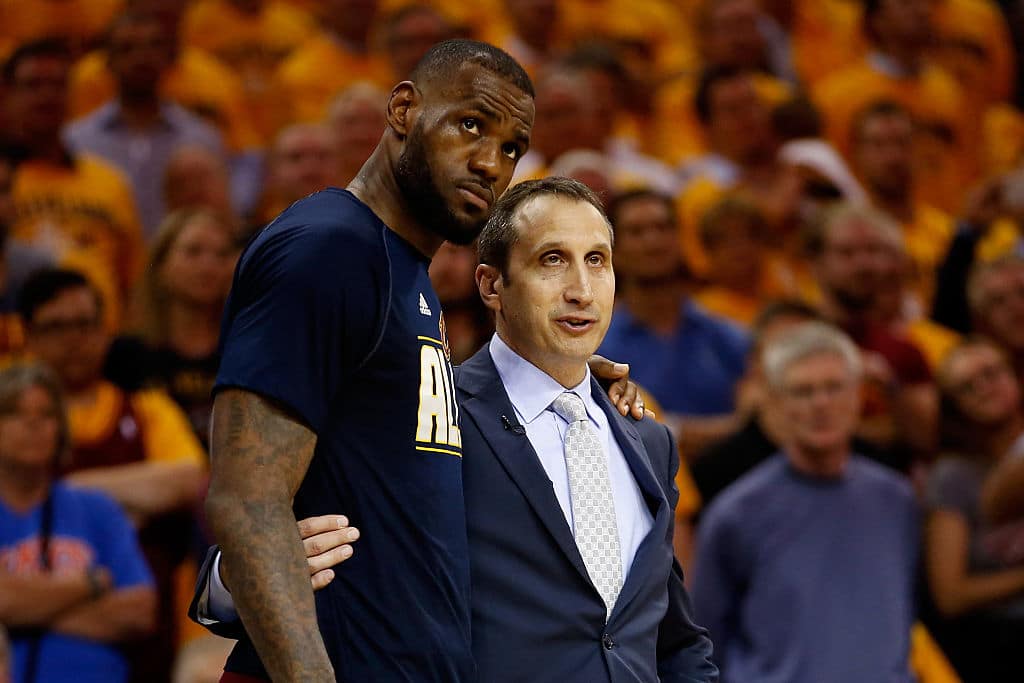 David Blatt was hired by Cleveland to coach a young Cavs team back in 2014, but LeBron James‘ unexpected return to Ohio that summer threw a monkey wrench into the organization’s plans.

If you knew that LeBron James was going to come back, would you have waited to hire a coach in 2014?

David Griffin (@dg_riff): “Oh, 100 percent. Sure. We didn’t believe for a second LeBron was coming back at that point.”

Blatt was canned in January, 2016, with Cleveland en route to its first and only NBA title in franchise history.

“Ironically, the addition of LeBron made (Blatt’s) job infinitely more difficult because of the window in which he was going to have to figure it all out,” Griffin explained. “It just wasn’t fair to David and really wasn’t fair to the group as a whole the way it worked out. In the end, that was my fault.”

Griffin was then asked if the Cavs would have waited to fill their coaching vacancy if they knew LeBron was coming back.

“Oh, 100 percent,” Griffin said. “We didn’t believe for a second LeBron was coming back at that point. We really believed he was going to take at least a year and figure out whether or not we could start to build in a positive direction. … I certainly thought that LeBron, being the absolute savant of basketball savants, was going to take his time and watch us from afar and decide whether or not he could trust our process.

“We were certainly blessed that he chose to buy in right away, but I think it certainly changed the dynamic in that if we had foreseen that it was that legitimate he was coming back, we certainly would have done something different.”